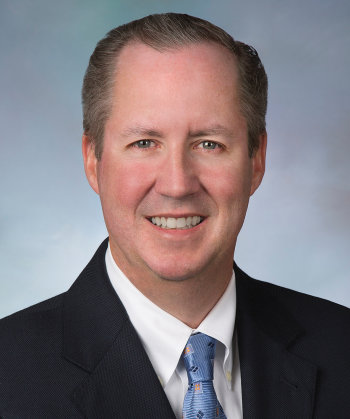 Blair M. Jacobs is a partner in the Intellectual Property practice at Paul Hastings based in the firm's Washington, D.C. office.  For more than three decades, Mr. Jacobs has served as lead trial counsel representing clients in intellectual property and trade secret matters in federal district courts throughout the U.S. He is also one of the country's foremost practitioners at the U.S. International Trade Commission ("ITC").  Mr. Jacobs has led trial teams in some of the most significant patent disputes on behalf of the world's most prominent high technology companies.

Mr. Jacobs also regularly assists clients at the Federal Circuit Court of Appeals and has presented more than twenty-five oral arguments.  He has served as lead appellate counsel on several well-known precedent setting opinions shaping patent law. In addition to his decades of trial and appellate work, Mr. Jacobs is a highly regarded strategist who works closely with clients to favorably shape the law.

Mr. Jacobs has litigated extensively before the ITC, having successfully represented both complainants and respondents in Section 337 investigations involving a wide range of products and technologies. He has handled numerous cases through trial and Commission review, and he has a deep understanding of the unique rules and practice in this particularized forum. Mr. Jacobs likewise has extensive experience in related proceedings before Customs and Border Protection, the Federal Circuit, and the Court of International Trade.

Mr. Jacobs has handled numerous bet-the-company patent litigation cases and has resolved disputes across the gamut of contentious IP issues. He is routinely selected to lead teams in significant matters requiring the highest level of trial acumen and planning. According to the IAM Patent 1000 - The World's Leading Patent Practitioners, he "creatively puts arguments together in a way that juries find entertaining - and persuasive."

Mr. Jacobs is recognized as one of the top patent trial lawyers in the country. In 2019, he was selected as a Fellow in the Litigation Counsel of America, an honor limited to less than one-half of one percent of North American lawyers, judges and scholars.  That same year he was nominated for inclusion of 9 Figure Litigators, a group comprising America's most elite high stakes trial attorneys.

For several years, various publications have ranked him at the top echelon of his practice for patent litigation, ITC prowess, and separately for appellate skills at the Federal Circuit. In 2015, Mr. Jacobs and his team were designated "Legal Lions" for securing a California federal judge's agreement to toss a significant jury verdict based on a flawed damages methodology. That same result was chosen by the Daily Journal publication as a "Top Defense Result" of 2014, an award bestowed on case outcomes that will have a significant impact on intellectual property law going forward.  He recently received recognition as an IP Trailblazer by the National Law Journal for convincing an Eastern District of Texas judge to dismiss his client from a case shortly before a scheduled trial based on novel precedent setting arguments.

Mr. Jacobs' success as a top-echelon patent litigator, ITC practitioner, and appellate advocate have been recognized by several leading lawyer ranking guides, including