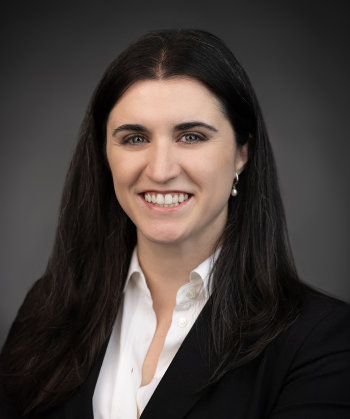 Claire Connor is an associate in the Litigation practice and is based in the firm's Washington, D.C. office. Her practice focuses on national security and international trade regulatory matters. Ms. Connor's representations have included matters relating to sanctions, export controls, import/customs, and national security review and foreign investment filings, including before the U.S. Committee on Foreign Investment in the United States (CFIUS).

Ms. Connor joins Paul Hastings with substantial experience in international law and policy spaces, including over five years working for the U.S. Department of State. During law school, she also assisted with successful representations before the U.N. Working Group on Arbitrary Detention and the U.N. Special Rapporteur on Contemporary Forms of Racism.

Ms. Connor received her law degree from The George Washington University Law School, where she was elected to the Order of the Coif.

During law school, she served as a Managing Editor of The George Washington Law Review and represented her school in the Philip C. Jessup International Law Moot Court Competition.

Ms. Connor is admitted to practice in the District of Columbia.