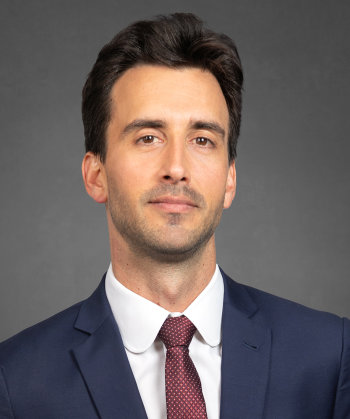 Eduardo Morandé is an associate in the Latin America practice and Energy and Infrastructure practice at Paul Hastings. He is based in the firm’s New York office.

Mr. Morandé regularly advises lenders and sponsors in the development and financing of major energy, mining, and infrastructure projects. He also has experience in cross-border capital markets transactions. Mr. Morandé spent eight months working on secondment to a multinational company with operations in Latin America.

Prior to joining Paul Hastings, he was an associate in the Infrastructure and Project Development practice at a law firm in Chile. Mr. Morandé is a native Spanish speaker and has a working knowledge of French. He is admitted to practice in New York and Chile.