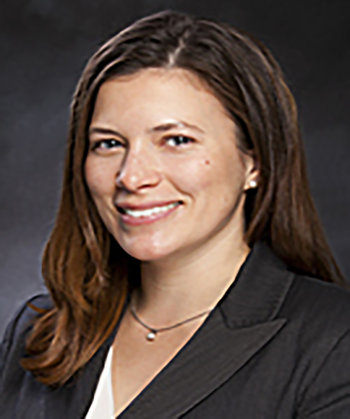 Katherine Solomon is a senior associate in the Litigation practice of Paul Hastings, based in the firm's New York office. Her practice focuses on the representation of entities in high stakes, complex civil court and arbitration proceedings, including matters involving contractual disputes, business torts, and trade secrets. She has also represented individuals and entities in regulatory enforcement and white collar criminal matters before various federal and state agencies. She has significant experience conducting internal investigations, including those involving the Foreign Corrupt Practices Act.

Serving as pro bono counsel, in collaboration with Kids In Need of Defense, for several unaccompanied minors from Central America.

Successfully obtained asylum relief, after an Immigration Court trial in which Ms. Solomon was first chair, for an individual escaping persecution based on his sexual orientation.

Successfully obtained asylum relief, after an Asylum Office proceeding in which Ms. Solomon was first chair, for a young individual fleeing gender-based persecution.

Delaware LLC members in connection with a partnership dispute, involving allegations of fraud and breach of contract and fiduciary duties, pending in Delaware Chancery Court.

An executive in DOJ investigations and parallel civil proceedings relating to the securitization and servicing of mortgage-backed assets.

A global clinical research organization (CRO), as respondent, in an arbitration proceeding brought by a biopharmaceutical company, which sought over $1 billion in damages for fraud and contract claims. Among other things, Respondent's counsel obtained an injunction prohibiting Claimant from making certain types of statements in publications and promotions and successfully moved to dismiss certain claims. Following the arbitration trial in which Respondent successfully asserted a counterclaim, the arbitrator issued a net award to the Claimant of approximately only 0.2% of the amount it sought.

Several different types of companies, as claimant, in arbitration proceedings that resulted in settlement.

Global pharmaceutical, technology, and other companies in connection with various internal investigations.