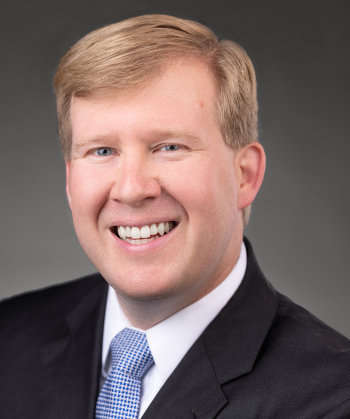 Michael Murray is a litigation partner in the Antitrust and Competition, Appellate, Regulatory, and Complex Litigation practices of Paul Hastings and is based in the firm’s Washington, D.C. office. Mr. Murray brings significant government antitrust and competition experience, having most recently served as the Principal Deputy Assistant Attorney General in the Antitrust Division at the Department of Justice (DOJ), where he oversaw the work of approximately 350 lawyers and 50 economists. Mr. Murray also brings significant government experience to a practice consisting of preparing and litigating challenges to agency rulemaking, adjudication, or other activity, having served as an Associate Deputy Attorney General at DOJ, where he oversaw the Civil Division’s defense of high-profile rulemaking challenges and other agency actions.

Mr. Murray previously was in private practice, where he litigated a variety of antitrust, commercial, and regulatory disputes at the appellate and trial levels, and served as an Assistant United States Attorney in the U.S. Attorney’s Office for the Eastern District of Virginia, where he supervised, briefed, argued appeals, and prosecuted cases in district court. He clerked on the U.S. Court of Appeals for the Ninth Circuit for Judge Diarmuid F. O’Scannlain and on the U.S. Supreme Court for Justice Anthony M. Kennedy.