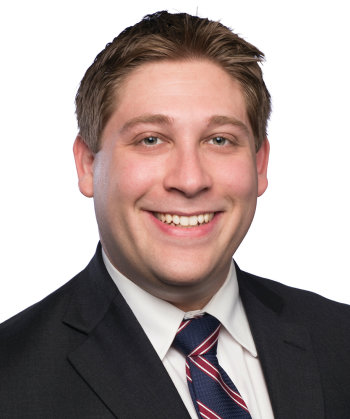 Michael F. Werno is an associate in the Litigation practice of Paul Hastings and is based in the firm's New York office. His practice focuses on complex litigation in the fields of pharmaceuticals and biotechnology.

Mr. Werno has experience litigating cases arising under both the Hatch-Waxman Act and the Biologics Price Competition and Innovation Act (BPCIA). He has represented life sciences companies in litigations involving pharmaceutical formulations, therapeutic antibodies, and biotechnology.

Mr. Werno received his law degree from Boston University School of Law in 2015, where he served as Executive Editor of the Journal of Science & Technology Law. He earned a Masters of Physiology degree from North Carolina State University in 2010, and a B.S. in Biological Anthropology and Anatomy from Duke University in 2008. Mr. Werno is admitted to the New York State Bar, the New Jersey State Bar, and the United States District Court for the District of New Jersey. Mr. Werno is also admitted to practice before the United States Patent and Trademark Office.