New York -- Paul Hastings, a leading global law firm, announced today that it represented Companhia Energética de Minas Gerais – CEMIG in connection with an international bond offering by its subsidiary CEMIG Geração e Transmissão S.A. (CEMIG GT).  The offering consisted of a US$500 million reopening of CEMIG GT’s 9.250% Senior Notes due 2024 guaranteed by CEMIG.  The notes are being issued pursuant to Rule 144A and Regulation S.  The underwriters involved were Bradesco BBI, Citigroup, Deutsche Bank Securities and Itaú BBA.

CEMIG is the largest integrated power group in Brazil, engaged in the generation, transmission and distribution of electricity.  This bond offering was the first international bond offering of a Brazilian issuer in several months and marks an important step for CEMIG as it continues to execute its plan to improve its capital structure and diversify its sources of financing.  Paul Hastings also represented CEMIG in its inaugural international bond offering in 2017 and in connection with its SEC filings and other corporate and regulatory matters. 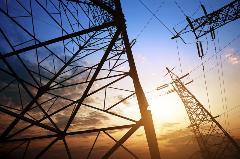 CEMIG is one of the largest power generators and distributors in Brazil.

At Paul Hastings, our purpose is clear—to help our clients and people navigate new paths to growth. With a strong presence throughout Asia, Europe, Latin America, and the U.S., Paul Hastings is recognized as one of the world’s most innovative global law firms.

RSE Ventures Closes Round of Strategic Funding to Bluestone Lane