The Central District of Californi 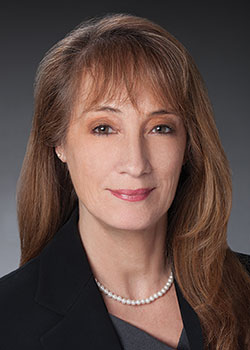 a includes the counties of Los Angeles, Orange, Riverside, San Bernardino, Ventura, Santa Barbara and San Luis Obispo, and serves almost 20 million people – nearly half the population of the State of California.

Judge Audero has served on the Boards of Directors of several organizations, including the Inner City Law Center, the National Employment Law Council, the Employment Round Table of Southern California, and the Southern California Advisory Board of the Women in Law Enforcement Forum. She also has held leadership positions in various bar associations and was appointed by California Governor Jerry Brown as Commissioner of the California Fair Political Practices Commission.

At Paul Hastings, our purpose is clear — to help our clients and people navigate new paths to growth. With a strong presenc__e throughout Asia, Europe, Latin America, and the U.S., Paul Hastings is recognized as one of the world’s most innovative global law firms.