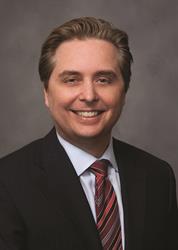 Yar Chaikovsky
, global co-chair of the Paul Hastings Intellectual Property practice, has been named one of Law360’s
2018 Appellate MVPs
. Law360 received more than 1,000 submissions for the annual MVP awards, with the winners selected on the basis of their “successes in high-stakes litigation, record-breaking deals and complex global matters.” This is the second consecutive year Chaikovsky has been named a
Law360 MVP
after receiving that distinction in the Technology category in 2017.

Earlier this year, Chaikovsky was noted as American Lawyer’s “

Litigator of the Week
,” after a Delaware judge ordered Intellectual Ventures to reimburse Trend Micro for its attorney’s fees, the latest chapter in eight years of patent litigation in the matter.