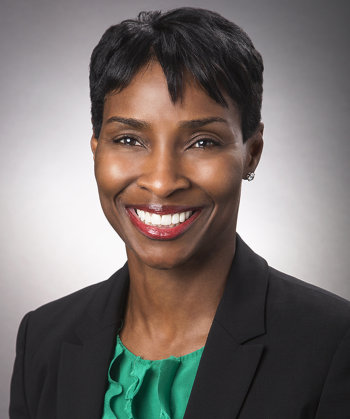 Sherrese Smith is a partner in the Media, Technology, and Telecommunications practice and is Vice-Chair of the firm's Data Privacy and Cybersecurity practice. She is based in the firm's Washington, D.C. office.

She is a highly regarded and Chambers -ranked attorney who regularly counsels companies on complex transactional and regulatory issues involving media, communications and technology companies.

She also advises and counsels multinational companies across various jurisdictions (including the U.S., EU, and Asia) on data privacy and cybersecurity and breach response issues, including managing global privacy and information security risks and compliance matters and regularly navigates clients through data breach and crisis response and associated regulatory investigations and enforcement proceedings.

Prior to joining Paul Hastings, Ms. Smith served as Chief Counsel to Chairman Julius Genachowski at the Federal Communications Commission where she was responsible for determining the agency's business and policy agenda on a multitude of media and technology matters, including broadcast, cable and broadband, and internet matters, as well as wireless and telecommunications issues involving spectrum use. Ms. Smith was also responsible for leading the FCC's cross-agency efforts to refine and implement new rules on data privacy and cybersecurity for multinational companies navigating complex data and privacy rules in the U.S., EU, and Asia. Her work also involved extensive interaction with external stakeholders, including wireless, media, cable, and telecommunications companies, industry groups and trade associations, federal and state agencies, and Congress.

Prior to joining the FCC in 2009, Ms. Smith was Vice President and General Counsel of Washington Post Digital. In this role, she was in charge of all legal and policy matters for this leading digital media and technology company which managed The Washington Post Company's digital and technology properties across 10 different business units. She also oversaw and managed a full range of matters, including various media and internet issues, content protection and privacy/data issues as well as technology, licensing, and commercial transactions. Further, she represented the Company on all regulatory and government affairs issues, including federal and state cases, consumer class actions, and state attorney general administrative actions. She also supported the corporate and business development teams in strategic transactions including acquisitions, divestitures, and joint ventures.

Ms. Smith is a frequent lecturer on issues involving media, communications and data privacy, and cybersecurity issues and she currently serves as an Adjunct Professor at The George Washington University.