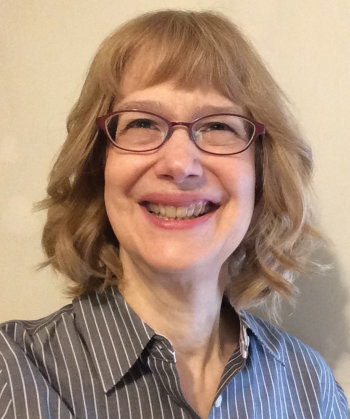 Victoria A. Cundiff is a partner at Paul Hastings and is based in the firm’s New York office. Ms. Cundiff is a leader of the Litigation department’s global Trade Secrets practice and is regularly named a "Leading Lawyer" nationally in the field by The Legal 500. She helps clients acquire, protect, and maximize value from intellectual property. Ms. Cundiff’s clients include emerging companies, joint ventures, and Fortune 50 companies in a variety of industries, including software, media, financial services, insurance, medical devices, pharmaceutical, chemical, consumer goods, marketing, and sales and distribution organizations.

Ms. Cundiff has tried intellectual property and related commercial disputes throughout the United States and before a variety of arbitration and mediation tribunals, and has coordinated on such disputes internationally. As important, is her work to help organizations avoid litigation. Ms. Cundiff writes extensively on intellectual property law issues, including “Preventing The Inevitable: How Thinking About What Might Happen Can Help Ensure That it Won’t,” “Reasonable Measures to Protect Trade Secrets in a Digital Environment,” and “How to Place Your Intellectual Property at Risk,” and has contributed to the ICC Trade Secrets Task Force Report on Trade Secrets Legislation. She is a frequent speaker on the implications of recent IP developments. Ms. Cundiff serves as an instructor in programs sponsored by the USPTO on trade secrets law, for, among others, representatives of governments of a variety of U.S. trading partners. She has contributed to amicus curiae briefs filed in the United States Supreme Court on copyright and intellectual property-licensing issues. She has also completed a certificate in Chinese IP Law from the Berkeley Center for Law & Technology.

Ms. Cundiff is a Member of the American Law Institute, serving as an Adviser on the Restatement, Third, Conflict of Laws. Ms. Cundiff serves as Chair of the Sedona Conference Working Group on Trade Secrets Law and co-chair of the group’s Equitable Relief Drafting Team and has served as the Vice Chair of the IPO’s trade secrets committee. She is a member of the Executive Committee of the New York State Bar Association’s Intellectual Property Section and is the past Chair of that section. She was an invited civilian guest at the U.S. Army War College National Security Seminar and has been recognized in The Best Lawyers in America; Chambers; Legal 500; and New York Super Lawyers, among other lawyer directories and guides.

Ms. Cundiff received her B.A. degree from the University of Denver, where she was a Boettcher Foundation Scholar, and received her J.D. degree from Yale Law School. She is on the advisory board of the Yale Law School Center for the Study of Corporate Law. Ms. Cundiff is a founding member of the Print Club of the City of New York. She serves on the boards of the United States Senate Youth Program Alumni Association and the Yale Law School Executive Committee and has served on the Board of the York Theatre Company in New York.