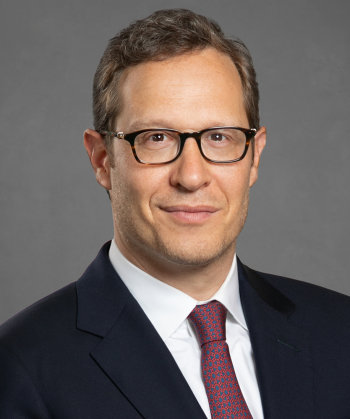 Avi Weitzman is Co-Chair of the Complex Litigation and Arbitration practice and a partner in the Investigations and White Collar Defense practice at Paul Hastings, based in the Firm’s New York office. Mr. Weitzman has successfully served as lead trial counsel in high-profile white collar and civil trials, both while an Assistant United States Attorney in the Southern District of New York and in private practice since then.

Mr. Weitzman is an experienced and sought-after trial lawyer, known as a “quick-witted litigator” who relishes handling complex litigation and trials, and has been singled out for his “first-rate legal skills,” “keen judgment” and “dedication” to his clients. Mr. Weitzman was lead trial counsel in the six-year defense of Kaleil Isaza Tuzman, a former CEO of a public company charged by the U.S. Attorney’s Office (SDNY) and SEC with accounting fraud and market manipulation. After his two-month trial, the government sought a 20+ year prison sentence for alleged losses exceeding $50 million. With a tenacious defense, which the Court described as a “scorched earth strategy [that] . . .truly left no stone unturned,” Mr. Weitzman persuaded the Court to impose a sentence of no time in prison, a request the legal press described as “bold” and “audacious.” Most recently, Mr. Weitzman obtained a complete defense victory, with a rare pretrial dismissal, of a federal indictment filed by the U.S. Attorney’s Office (SDNY) against his client, the founder of a publicly-traded pharmaceutical company, charged with insider trading for allegedly tipping friends and family in advance of a $3.5 billion tender offer.  To this day, Mr. Weitzman has continued his unblemished record of successfully avoiding any sentence of imprisonment for any of his criminal defense clients.

In addition, Mr. Weitzman has had leading roles in  a number of high- profile trials and matters, including representing Chevron Corporation in a two-month federal RICO trial barring the enforcement of a $9 billion Ecuadorian judgment that The American Lawyer called “The Case of the Century”; representing the Office of the Governor of New Jersey in an independent investigation of the “Bridgegate” matter; and representing VOOM HD Holdings in its multi-billion dollar trial against DISH Network, which resulted in a mid-trial settlement valued at well over $1 billion.  Mr. Weitzman has also represented a large media company in a defamation lawsuit, and both financial institutions and media companies in employment disputes.

From 2005 to 2012, Mr. Weitzman served as an Assistant United States Attorney in the Southern District of New York, where he tried twelve federal criminal jury trials to verdict.  As a member of the Securities and Commodities Fraud Task Force, Mr. Weitzman investigated and prosecuted a wide range of federal securities fraud offenses, and coordinated parallel civil proceedings with the Securities and Exchange Commission.  Mr. Weitzman was a member of the team that led the government’s investigation dubbed “Operation Perfect Hedge,” which resulted in the conviction of over 60 individuals for insider trading offenses.  He played a leading role in many of the government’s highest-profile insider-trading cases, including having successfully defended the government’s use of wiretaps in the Raj Rajaratnam case, serving as lead counsel in the first “expert network” insider trading trial (United States v. Winifred Jiau), and having led the Government’s investigation of SAC Capital portfolio manager Mat Martoma, which resulted in the largest single-trade insider trading scheme ever charged.  For his work on the Rajaratnam case, Mr. Weitzman received the Attorney General’s Distinguished Service Award in 2012.

Mr. Weitzman has an active pro bono practice. Among other things, Mr. Weitzman filed Supreme Court amicus briefs in two recent Second Amendment cases, including representing 139 Democratic members of the House of Representatives in N.Y. State Rifle & Pistol Association v. City of New York, and members of the business community in N.Y. State Rifle Association v. Bruen.  These amicus briefs challenged Petitioners’ efforts in these cases to expand the Second Amendment to include a purported right to carry firearms outside the home and to require more lax concealed carry laws.

Mr. Weitzman is recognized by The Best Lawyers in America® as a leading lawyer in the area of Criminal Defense: White-Collar and by Benchmark Litigation as a “Litigation Star” in New York.  In 2013, Mr. Weitzman was also named by Law360 as one of five nationwide “Rising Stars” in White Collar Criminal Defense under the age of 40 “whose legal accomplishments belie their age”; the following year, he was similarly named by the New York Law Journal as a “Rising Star” in the White Collar category.

Securities Fraud: Representation of large international mining company in SEC enforcement action charging it with securities fraud in connection with a $3.5 billion impairment of coal assets in Mozambique.

Insider Trading: Successfully obtained pretrial dismissal of federal criminal indictment (and declination of any re-indictment) of founder of Auspex Pharmaceuticals charged with insider trading for allegedly tipping friends and family in advance of $3.5 billion tender offer.

FCPA: Represented former CEO of large pharmaceutical company in an investigation by the Department of Justice and Securities and Exchange Commission into alleged bribes in violation of the Foreign Corrupt Practices Act.

Public Corruption: Represented the Select Committee in its impeachment investigation of former Governor John Rowland, which resulted in a historic Connecticut Supreme Court ruling and subsequent resignation of Governor Rowland.

Gambling: Represented Draft Kings in criminal and regulatory investigations, as well as civil enforcement actions brought by Attorneys General in New York and other states to enjoinongoing operations.

Gambling: Represented Molly Bloom, whom newspapers called the “Poker Princess,” in a RICO action in the Southern District of New York involving allegations of illegal poker games. Case was made into movie “Molly’s Game,” starring Jessica Chastain and Idris Elba.

Gambling/Forfeiture: Successfully represented founder of online poker company in forfeiture proceedings with the Department of Justice.

Defamation: Represent major media entity in defamation lawsuit filed by former anchor who had been terminated as a result of #MeToo allegations against the anchor.

Breach of Contract-Media: Represented plaintiff (owned by Cablevision and AMC Networks)in breach of contract trial against DISH Network that resulted in a favorable mid-trial settlement valued at over $1 billion

Breach of Contract: Represented Chobani founder in $1 billion lawsuit brought by his ex-wife seeking ownership of the company.

Lanham Act: Member of the trial team that obtained a preliminary injunction on behalf of Schick Manufacturing, following a one-week evidentiary hearing, in its false advertising and Lanham Act claims against The Gillette Company over the advertising of Gillette’s M3 Power Razor.

International Arbitration: Member of team representing lead claimant First Eagle SoGen Funds in an international arbitration against the Bank for International Settlements, in which an arbitral panel in the Hague awarded private shareholders approximately $500million in damages for inadequate squeeze-out of shareholders.