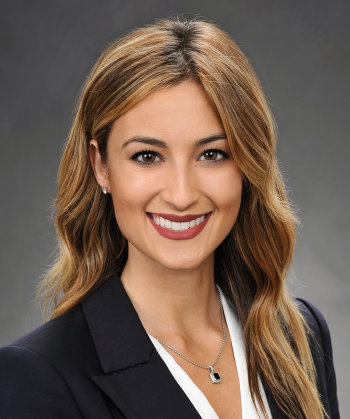 Nicole Dania Lueddeke is an associate in the Litigation Department and is based in the firm's Los Angeles office. She focuses on complex commercial litigation and cross-border disputes to include white collar defense, securities litigation, class action defense, data privacy and cybersecurity, and anti-corruption and Foreign Corrupt Practices Act (FCPA) compliance matters. Ms. Lueddeke defends corporations and executives in criminal and regulatory proceedings, and advises clients in government investigations involving United States Department of Justice (DOJ) and Securities and Exchange Commission (SEC) enforcement.

In both state and federal courts, Ms. Lueddeke represents a broad range of domestic and international companies and high-profile individuals in all stages of litigation from pre-filing through trial and appeal. As part of her practice, she counsels multinational biopharmaceutical, medical technology and device, and life sciences companies in Asia and Latin America. Ms. Lueddeke maintains an active pro bono practice and is co-honoree of The National Law Journal Pro Bono Hot List distinction for the groundbreaking settlement in Phillips v. State of California, and co-honoree of the American Civil Liberties Union (ACLU) of Southern California Homeless Rights Advocacy Award.

Ms. Lueddeke received her law degree from the University of California, Berkeley, School of Law in 2014, where she was Associate Editor of the Berkeley Technology Law Journal. During law school, she served as judicial extern to the Honorable Kim McLane Wardlaw of the United States Court of Appeals for the Ninth Circuit and to the Honorable Christina A. Snyder of the United States District Court for the Central District of California. Ms. Lueddeke earned a Bachelor of Arts degree in Comparative Literature from the University of California, Los Angeles in 2010, where she graduated summa cum laude and a member of Phi Beta Kappa.

Prior to joining Paul Hastings, Ms. Lueddeke served as judicial law clerk to the Honorable Otis D. Wright II of the United States District Court for the Central District of California.