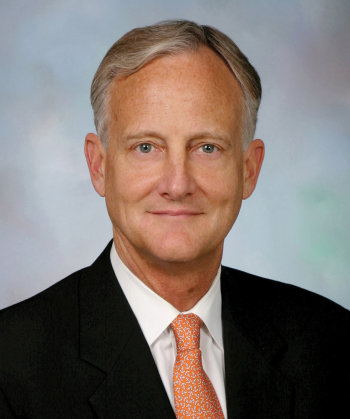 Timothy L. Dickinson is Senior Counsel in the Litigation practice of Paul Hastings and is based in the firm’s Washington, D.C. office. With over 35 years' experience in the field of anti-corruption law, Mr. Dickinson’s practice encompasses a number of areas, including all aspects of the Foreign Corrupt Practices Act ("FCPA"), U.S. export laws, economic sanctions, ITAR regulations (including enforcement actions), and political risk insurance.

Mr. Dickinson works with a wide range of industries on anti-corruption matters, including establishment and implementation of compliance programs, due diligence for third parties and acquisitions, and special investigations and defense before regulators in the U.S. as well as abroad, including the U.K.’s Serious Fraud Office. In 2005, he was appointed Independent Expert by Monsanto as part of a Deferred Prosecution Agreement with the Department of Justice and also served as Independent Monitor for another company from 2010-2013. Mr. Dickinson was also selected by the World Bank to assist with the development of their Voluntary Disclosure Program, and participated with Bank staff in evaluating and recommending improvements to a VDP participant's compliance program. He also has significant experience advocating for clients with multi-lateral development banks, including The World Bank and the African Development Bank.  Chambers USA has recognized Mr. Dickinson as one of a very few top-tier FCPA experts, every year from 2009 through 2021; he was also named by Ethisphere at the top of their FCPA 2009 list of Attorneys Who Matter.

Mr. Dickinson graduated from The University of Michigan Law School in 1979 after completing his B.A. in 1975. He also studied at The Hague Academy of International Law in the Netherlands and L'Universite d'Aix-Marseille in France, and spent a brief period as an extern in the Office of the Legal Adviser of the Department of State. Following law school, Mr. Dickinson earned his LL.M. as a Jervey Fellow at Columbia University.

After finishing his LL.M., Mr. Dickinson worked in the Legal Service of the Commission of the European Communities in Brussels, Belgium. Mr. Dickinson then returned to Washington, D.C. where he practiced with Gibson, Dunn & Crutcher for the next fifteen years, after which he co-founded Dickinson Landmeier, a boutique firm focusing on anti-corruption and political risk insurance matters. He has been a partner with Paul Hastings since 2006.