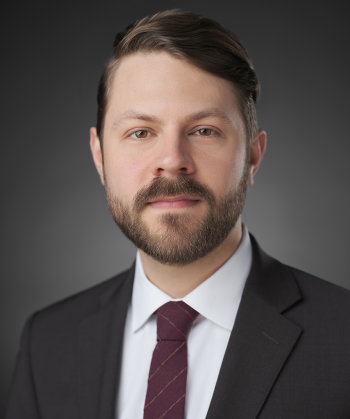 Dylan Helgeson is an associate in the litigation practice and is based in the firm's Washington, D.C. office. His practice focuses on white-collar defense, internal corporate investigations, and government investigations. Prior to joining Paul Hastings, Mr. Helgeson implemented cross-border projects for U.S. Government clients including the Department of State, National Science Foundation, and National Institutes of Health.

He also completed two externships with the DOJ, in the U.S. Attorney's Office for the Northern District of California and the Computer Crime and Intellectual Property Section. He earned a Bachelor of Arts degree in Global Studies from Hamline University in 2012.

Mr. Helgeson is admitted to practice law in the District of Columbia.