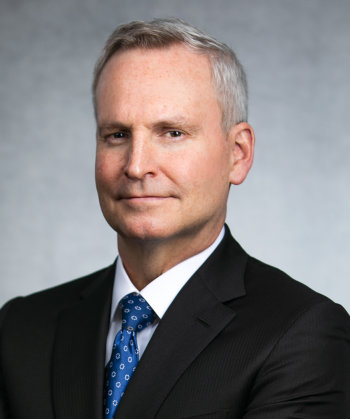 Mr. Breen is a nationally renowned trial lawyer who is regularly recognized as one of the leading white collar criminal defense attorneys in the country. He defends corporations and executives in high-stakes investigations and trials involving a myriad of issues including securities fraud, health care fraud, consumer protection issues, money laundering, and anti-corruption allegations, often under intense media scrutiny. Many of these matters involve law enforcement and regulatory agencies from multiple jurisdictions and cross-border legal issues. He has tried 48 cases to verdict and argued 12 appeals as a federal prosecutor and defense attorney.

In ranking Mr. Breen among the leaders in White Collar & Government Investigations, Chambers USA notes that his clients hold him in "high esteem" and praise his "very shrewd mind," "exceptional legal vision," and "ability to look across the full spectrum of white-collar issues." According to Chambers, he impresses clients as "a very strong advocate," "an extremely clear thinker," “great communicator,” "very focused, incredibly direct and also really strategic," "dedicated, tireless and [someone who] can quickly and effectively understand legal issues and the business needs of his clients," and "phenomenal - [….] very good at his craft and […] a great strategist." Clients also describe him as an "extraordinarily effective trial counsel" who "comes with the experience, gravitas and intellect" that lets the other side know that he will be "really prepared to try the matter."

In January 2022, Mr. Breen obtained a precedent-setting appellate victory in the Second Circuit in U.S. v. Connolly, et al., where all counts of conviction against Matthew Connolly, the first U.S.-based trader to be charged with alleged manipulation of LIBOR, were overturned and judgments of acquittal directed. This win represents the only LIBOR-related criminal case in the U.S. or U.K. to be overturned on sufficiency of the evidence grounds and has received world-wide attention.

In January 2021, Mr. Breen secured a landmark appellate ruling in the Third Circuit in U.S. v. Gibson, et al., where all counts of conviction against David Gibson, the former Chief Financial Officer of Wilmington Trust Corporation, were overturned in a matter of first impression, and the two remanded counts were subsequently dismissed. The American Lawyer deemed it "a stunning reversal of criminal convictions for four executives of Wilmington Trust Corp. in a case dating back to the Great Recession."

Mr. Breen’s work in U.S. v. Connolly, et al., was shortlisted by Global Investigations Review as the Most Important Case of the Year for its impact on future government investigations, and led to his recognition by Law360 as a "Legal Lion" following Connolly’s no prison time sentencing, though facing 15 years. The subsequent appellate reversal in U.S. v. Connolly, et al. led to Mr. Breen's recognition as The American Lawyer's "Litigator of the Week," which described the win as a "remarkable turnaround" and acknowledged it as the second white-collar appellate reversal obtained by Mr. Breen in as many years. Mr. Breen was previously nominated for "Litigator of the Week" by The American Lawyer for his more than 10 years of work in U.S. v. Gibson, et al.