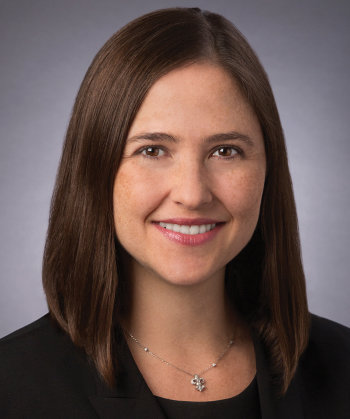 Lindsay Arrieta is an associate in the Investigations and White Collar Defense practice of Paul Hastings and is based in the firm’s Washington, D.C. office. Her practice focuses on advising companies on internal investigations, compliance reviews, and matters relating to the U.S. Foreign Corrupt Practices Act. Prior to joining Paul Hastings, Ms. Arrieta worked for a securities litigation law firm based in Washington, D.C. She also worked as a Compliance Management Associate at a global financial institution. Ms. Arrieta has represented individuals in enforcement matters brought by the U.S. Securities and Exchange Commission (SEC) and advised clients on compliance with U.S. federal securities laws.

Ms. Arrieta graduated with honors from The George Washington University Law School, where she served as the 2014–2015 Senior Notes Editor of the Public Contract Law Journal. During law school, she worked as a legal intern at the SEC and at the Inter-American Development Bank. Prior to attending law school, Ms. Arrieta resided in Central America for two years while working in the Costa Rican ecotourism industry. She earned a Bachelor of Science degree in Economics and International Business from New York University in 2006, and received her Master of Arts in Latin American Studies from the University of Florida in 2012.

She is fluent in Spanish and possesses intermediate Portuguese fluency.