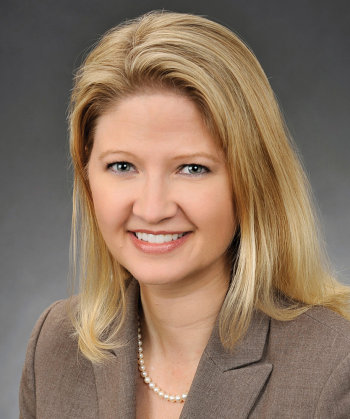 Cameron W. Fox is a partner in the Employment Law Department of Paul Hastings and is based in the firm's Los Angeles office. Ms. Fox represents employers in all aspects of employment law and labor relations.

Employment Law. An experienced trial lawyer, Ms. Fox has successfully defended employers in jury and bench trials, in arbitration, and on appeal against claims of discrimination, harassment, retaliation, wrongful termination, breach of contract, and defamation. For example, Ms. Fox has secured full defense verdicts in high-profile cases involving allegations of retaliation against whistleblowers, and in cases alleging discrimination and retaliation for political and religious expression in the workplace.

Ms. Fox also litigates and represents employers at trial in cases involving allegations of trade secret misappropriation, violation of invention assignment and confidentiality provisions, and related business torts. She regularly assists employers with the drafting and negotiation of non-disclosure agreements, employment agreements, and separations of high-level officers and managers.

Ms. Fox also has a robust advising practice. She has extensive experience advising employers on the handling of high-profile workplace investigations, and in guiding employers on particularly sensitive matters, such as handling threats of workplace violence and facilitating the workplace transition process for transgender employees.

Traditional Labor. Ms. Fox also represents employers in traditional labor matters, including responding to unfair labor practice charges, election petitions, and organizing campaigns. Ms. Fox has represented clients in multiple unfair labor practices cases before the National Labor Relations Board, including several cases that have involved multi-day trials. She has also represented employers on appeal to the National Labor Relations Board in Washington D.C. and to the D.C. Circuit Court of Appeal.

In recent years, Ms. Fox has successfully litigated several cases (before the NLRB and in state court) relating to employers' confidentiality and conduct policies, and she also assists employers in the drafting of those policies.

In addition to her private practice work, Ms. Fox is a deputized district attorney for Los Angeles County.

Won crucial jury verdict for an esteemed educational institution in a retaliatory discharge lawsuit. After a six-week trial, the jury returned a complete defense verdict, concluding that there was no causal connection between the plaintiff's discharge and his alleged whistleblowing activities.

Won full defense verdict for an employer in a highly-publicized five-week bench trial in which the employer was alleged to have disciplined and terminated an employee for advocating his religious and political beliefs during work hours.

Successfully represented venture capital start-up in litigation filed by the founders' former employer, alleging theft of customer lists and financial models. After successfully defending the start-up against a restraining order, the case was quickly settled.

Secured full defense verdict for video game equipment maker after a three-week jury trial in which a rival gaming company alleged misappropriation of trade secrets and tortious interference with employee and customer relationships.

Won full defense verdict for consulting firm in breach of contract action brought by former employee for additional commissions and compensation. After a two-week bench trial, the judge ruled for the employer on all claims.

Secured dismissal of 17 causes of action filed in state court under the California Private Attorney General Act (PAGA) based on federal pre-emption and the National Labor Relations Act.