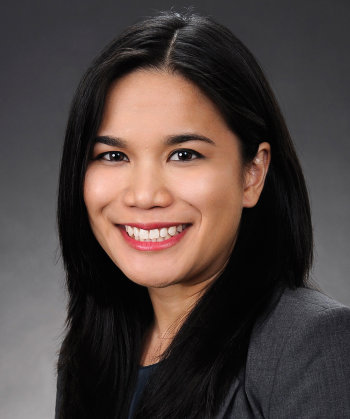 M'Alyssa Mecenas is a senior associate in the Tax practice of Paul Hastings and is based in the firm's Los Angeles office.

As an attorney in the firm's Global Compensation, Benefits, and ERISA practice, Ms. Mecenas advises clients in the design, implementation, amendment, operation, and termination of various retirement, health, incentive, and welfare plans. In addition, she guides clients in designing voluntary and involuntary separation programs, restructuring workforces, and planning reductions in force in compliance with the Age Discrimination in Employment Act, the WARN Act, and similar state laws.

She litigates both single-plaintiff and class action cases under the Employee Retirement Income Security Act (ERISA), and has prepared successful dispositive motions before federal courts. In her transactional benefits practice, she counsels buyers and sellers in the employee benefits, executive compensation, labor, and employment aspects of international and domestic transactions, which have been valued from about $60 million to $8 billion. Each year from 2013-2020, Ms. Mecenas has been named a Super Lawyers Rising Star in Employee Benefits and has been listed in Los Angeles Magazine as a top young attorney in Southern California. The Daily Journal recognized her as a top dealmaker in 2016 as a member of multiple Paul Hastings deal teams. She was selected as an Academy Fellow of the National Employment Law Council in 2012, 2013, and 2014.

Ms. Mecenas graduated from Berkeley Law School (U.C. Berkeley Boalt Hall School of Law) in 2010, where she served as Articles Editor for the California Law Review, Executive Editor for the Berkeley Business Law Journal, and Treasurer for the Filipino American Law Society. She received the Advocacy Award and competed in the McBaine Honors Moot Court Competition.