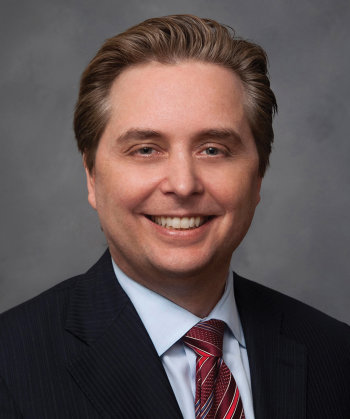 Yar R. Chaikovsky is Global Co-Chair of the Intellectual Property practice at Paul Hastings and is based in the firm's Palo Alto office. He oversees the firm's 100-plus lawyer IP practice. He serves as lead trial counsel for some of the most preeminent global technology companies in their most important matters. Throughout his career, Mr. Chaikovsky has won jury trials and ITC hearings in addition to obtaining summary judgments and summary determinations. This success has led him to be accepted as a Fellow of the Litigation Counsel of America and to be praised by numerous leading publications as one of the nation's top patent trial lawyers. Mr. Chaikovsky was Yahoo!'s first head patent counsel. Before practicing law, he was an engineer in the missile systems defense department of Hughes Aircraft Company.

He has been recognized by IAM Patent 1000 as a "Charismatic top-tier trial lawyer" who "has an encyclopedic knowledge of the law, which he uses to provide relevant, practical business advice on key IP issues. He also has a work ethic that is second to none." "He keeps himself up to date on everything and doesn't just give you the textbook options when someone sues you." He was singled out as a "trial attorney who scored big" and "demonstrated a track record of success" due to his trial preparation and presentation when The National Law Journal named him a "Winning Litigator." Benchmark Litigation also recognized Mr. Chaikovsky as a finalist for Intellectual Property Litigator of the Year and a National Litigation Star, while calling him "a hell of a lawyer and has some 'buzzy star power' about him." Intellectual Asset Management notes that he "communicates exceptionally well and doesn't let technical jargon dominate his arguments and thinking. He is a talented trial lawyer who deserves high recognition." He is lauded by Chambers for being a "very sharp and detail-oriented litigator" with an "assertive, thorough and thoughtful approach" to litigation, in addition to having an "ability to adopt the viewpoint of in-house counsel" in order to best achieve client objectives. The National Law Journal also named Mr. Chaikovsky as one of its Intellectual Property Trailblazers where he was identified as being "a thought leader in patent litigation in the United States" due to "his innovative trial work protecting corporations using aggressive litigation strategies."

In addition, Mr. Chaikovsky has been a lauded patent litigator and ITC practitioner by a number of other leading ranking directories, including:

Mr. Chaikovsky is the author of numerous publications and a frequent speaker on the subject of intellectual property, including:

Throughout his career, his clients have included: