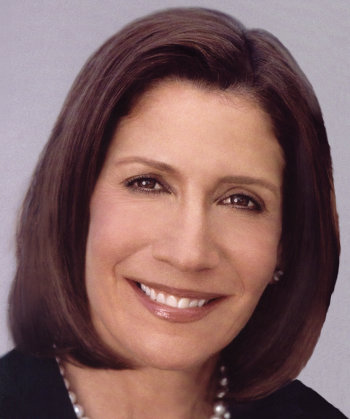 Donna Melby is one of the nation's premier business trial attorneys. A Fellow of the American College of Trial Lawyers, the American Board of Trial Advocates, the International Society of Barristers, the Litigation Counsel of America and the College of Labor and Employment Lawyers, she has successfully tried multiple cases to jury verdict in state and federal courts across the country, international and domestic arbitrations, and court trials across a broad range of complex civil and employment-related cases. Her practice includes class and individual actions, employee mobility, whistleblower, race discrimination and all discrimination matters, sexual harassment, hostile work environment, contract, conspiracy, Equal Pay Act and complex business litigation of all types.

A member of Paul Hastings Employment Law and Litigation Departments, her nationwide trial and litigation practice reflects a pattern of significant, repeated client victories, year after year, in the federal and state courts across the United States. As lead trial counsel, she has served in the defense of 23 nationwide cases in seven different federal judicial districts, opposite no less than 10 law firms in seven different states; these cases involved claims of race discrimination, hostile work environment, conspiracy, contract and other claims. Her clients have overwhelmingly prevailed on summary judgments, and were awarded fees and sanctions, including on anti-SLAPP motions. These victories followed on the heels of wins on motions to dismiss, on motions to sever and on motions to transfer venue, which effectively split 23 misjoined cases into 23 individual cases; many of these were transferred to district courts across the United States. In many of these cases, Donna's clients also received dismissals with prejudice-virtual walkaways after years of litigation---without monetary payments.

Donna counts CEOs, general counsels, law firms, Fortune 50 corporations and boards of directors and executives among her clients. The depth and breadth of her trial and counseling experience, including her notable success in expeditiously and creatively solving the most difficult problems companies face-often preventing full-blown litigation-, make her uniquely suited to step into problem cases, frequently on the eve of trial. Her caseload includes "me too"-threatened litigation involving CEOs, general counsels, executives and law firm partners. Donna is a regular and trusted advisor to boards of directors and senior executive leaders on leadership, organizational change and "bet the company" problems.

Donna is the sole California lawyer to serve by appointment of the conference of chief justices on the Civil Justice Initiative Project (CJI), a national initiative focused on improving the delivery of justice in the civil courts across the United States. The CJI authored "A Call to Action," a white paper approved by the Conference of Chief Justices in 2016.

Donna is the recipient of the Warren Burger Award, the highest honor bestowed by the National Center for State Courts in recognition of individuals who have volunteered their time, talent and support to the improvement of the administration of justice in the state courts of the United States through extraordinary contributions of service and support to the National Center for State Courts. In 2018 Paul Hastings honored Donna with the Leonard Janofsky award for legal excellence in employment law.

Maintaining Diversity and Inclusion in a Difficult Economy: Mentoring Across Differences

Recognized by the Daily Journal as Top Women Lawyers for 2019

Recognized by the Daily Journal as Top Women Lawyers for 2018

Recognized by the Daily Journal as Top Women Lawyers for 2017

Recognized by the Daily Journal as Top Women Lawyers for 2016

Ms. Melby is a frequent speaker on trial practice-commercial and employment-, litigation, employment law, the civil justice system, the courts and judicial independence at judicial conferences and at bar associations across the United States.