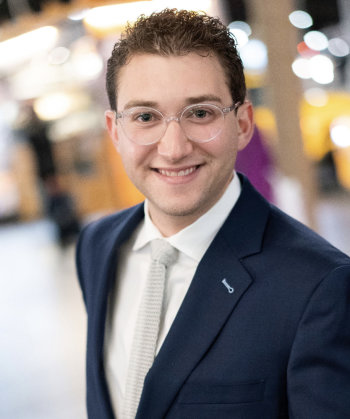 Elliot Fink is an associate in the Employment Law practice of Paul Hastings and is based in the firm's New York Office. His practice includes all aspects of employment and labor law, including single plaintiff and class or collective actions, wage and hour, discrimination, harassment, retaliation, and employee mobility litigation, labor management relations and arbitration agreements. Mr. Fink also advises clients on litigation avoidance, compliance with federal, state, and local employment and labor laws, and on dealing with unions or the threat of unionization, including collective bargaining and contract administration. He is admitted to practice in New York, New Jersey, Connecticut, Maryland, and various federal courts.

Mr. Fink received his B.A. from the University of Michigan - Ann Arbor in 2013, where he graduated magna cum laude and was named a James B. Angell Scholar in 2012 and 2013 for stellar academic achievement. He then held various political roles, including on Capitol Hill, and served as a Human Resources coordinator for multiple organizations. Mr. Fink received his J.D. from Fordham University School of Law in 2020 (Order of the Coif). He was also awarded the Fordham Law School Prize and designated a Mary Daly Scholar, and served as the Senior Writing and Research Editor for the Fordham Intellectual Property, Media, and Entertainment Law Journal.