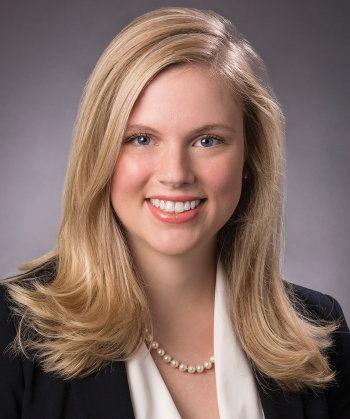 Holly S. Flynn is an associate in the Litigation practice and is based in the firm's Washington, D.C. office. Her practice focuses on international trade controls, government contracts, and gaming compliance.

Ms. Flynn has guided organizations through various federal and state regulatory proceedings, including with the Bureau of Industry and Security (BIS), the Committee on Foreign Investment in the United States (CFIUS), the Department of Justice (DOJ), the Office of Foreign Assets Control (OFAC), and state gaming commissions. She has advised prominent corporations and financial institutions on a range of regulatory issues, including government contracts, trade controls, national security regulations, data privacy, and international and U.S. gaming regulations, in connection with major transactions. Ms. Flynn has also represented clients pro bono before the Arlington Immigration Court and U.S. Citizenship and Immigration Services (USCIS).

Ms. Flynn is admitted to practice law in the District of Columbia and Pennsylvania.

PH COVID-19 Client Alert Series: How Companies and Communities are Adjusting to COVID-19

The New CFIUS Regulations: How Will This Actually Work? FAQs We Wish Treasury Would Answer

Harvard Professor Arrested for Allegedly Hiding Ties to China: What Universities Can Do to Protect National Security While Promoting an Open Academic Environment