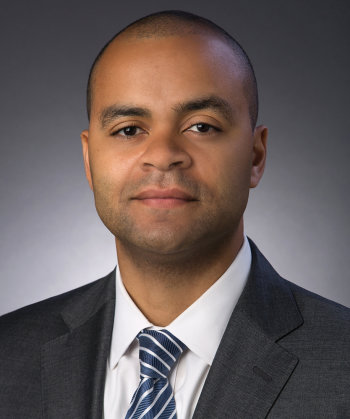 Jason Fiebig is a Partner in the Investigations and White Collar Defense practice at Paul Hastings and is based in the firm’s Washington, D.C. office. His practice is focused on white-collar criminal defense, internal corporate investigations, compliance with government enforcement initiatives, and complex civil litigation.  Mr. Fiebig primarily represents individuals and corporations in investigations and enforcement matters brought by the U.S. Department of Justice, U.S. Attorneys’ Offices, U.S. Department of Treasury, Securities and Exchange Commission, and other federal and state investigative agencies related to allegations of complex financial fraud, violations of U.S. sanctions law, and the Foreign Corrupt Practices Act.  He also has significant experience advising clients regarding anti-corruption and sanctions compliance programs, risk assessments, and conducting due diligence on third parties.

Before joining Paul Hastings, Mr. Fiebig served as an Assistant General Counsel in the Litigation Division of the Central Intelligence Agency’s Office of General Counsel, managing civil and criminal litigation and advising on complex legal issues and intra-agency policy.

Mr. Fiebig was named by Global Investigations Review to its "40 Under 40" list of the world’s leading young investigations specialists in 2020, and recognized by Law360 in 2019 as one of the five national "Rising Stars" in White Collar whose "legal accomplishments transcend their age."

Mr. Fiebig received his law degree from the Northwestern University School of Law, where he was a judicial extern for the Honorable Joan H. Lefkow of the U.S. District Court for the Northern District of Illinois, participated in Northwestern’s Supreme Court Clinic, and served as a member of the Journal of Criminal Law and Criminology. He received his B.S.F.S. from Georgetown University’s School of Foreign Service. Mr. Fiebig is admitted to practice law in Maryland and the District of Columbia.