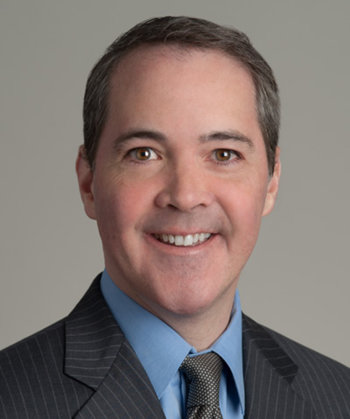 Jeffrey Webb is a partner in the Employment Law Department based in Los Angeles. He represents employers in complex employment litigation and in arbitrations and lawsuits brought by highly compensated senior executives. His employment class actions practice focuses on wage and hour collective actions and class actions, ERISA class actions, and employment discrimination class actions. Mr. Webb also has a wealth of experience litigating non-competition and trade secrets issues, and he prosecutes and defends restrictive covenant cases in both state and federal courts. Mr. Webb has first-chaired jury trials and bench trials and has also served as lead defense counsel in FINRA, AAA, and JAMS arbitrations. He has successfully argued before federal appellate courts, as well as state intermediate and supreme courts. He is regularly called upon to assume the defense of cases previously handled by other firms.

Clients have said, "He gets the big picture right away. He’s a very quick study and understands the details. He knows what questions to ask. He understands the law in great depth and can translate that into actions that can best put your case out and give you the best chance of success." They have also commented that "Jeff consistently delivers decisive, thoughtful, and creative advice on my toughest employment-related issues. He is very responsive, and the work product is always excellent." Another client noted, "He’s really smart, careful and thoughtful. He’s just possibly the most conscientious labor and employment lawyer I’ve ever come across." Jeff has also been described as "really good in terms of thinking of a new and unique approach" because he "thinks out of the box." Commenting on his courtroom skills, clients note, "He’s an extremely good oral advocate, he’s exceptional at it—Jeff is unique in that skill. He’s got a great cross-examination ability, and good trial court presence." One client noted, "He gave the best closing argument I have ever heard."

Prior to entering private practice, Mr. Webb served as a judicial law clerk for the United States Court of Appeals for the Ninth Circuit. He has experience as both a senior government regulator and a senior in-house counsel. During his years of public service, he headed up teams of prosecutors and civil enforcement attorneys who were responsible for ensuring compliance with employment laws. As Vice President of Legal Affairs for Fox Entertainment Group, he advised Fox executives, managed outside counsel, and headed up a team of in-house lawyers who litigated employment cases filed against the company’s film, television, and sports subsidiaries. Before joining Paul Hastings, he was the national labor and employment practice group leader for a global law firm. He has been a nationally ranked labor and employment lawyer for years in Best Lawyers in America, Legal 500, and Benchmark Litigation, and he has received regional rankings from Chambers USA, Southern California Super Lawyers, and Massachusetts Super Lawyers.

The London School of Economics and Political Science, LL.M. 1989
University of Virginia, School of Law, J.D. 1988
The Wharton School University of Pennsylvania, B.S.E. 1985