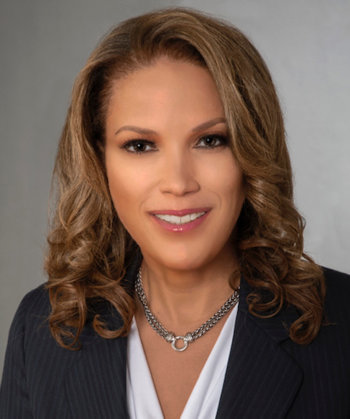 Jonice Gray Tucker is a partner in the Financial Services - Investigations, Regulation, and Litigation group at Paul Hastings, and is based in the firm’s Washington D.C. office.

Ms. Gray Tucker focuses a substantial portion of her practice on representations involving escalated government examination matters, investigations, and enforcement. In this capacity, she routinely provides strategic advice to senior corporate leaders, including Boards of Directors, as they navigate complex, and often unexpected, business and legal challenges.

Ms. Gray Tucker has been representing financial institutions in matters involving the Consumer Financial Protection Bureau (CFPB) since it was first established frequently providing advice in connection with policy matters, supervisory matters such as responses to Proposed Action and Request for Response (PARR) letters, and enforcement matters.

In addition, Ms. Gray Tucker frequently represents institutions in matters initiated by other federal agencies, including the Federal Trade Commission (FTC), Department of Justice (DOJ), Department of Housing and Urban Development (HUD), Federal Reserve Board (FRB), Federal Deposit Insurance Corporation (FDIC), Federal Housing Finance Agency (FHFA), and Office of the Comptroller of the Currency (OCC). Many of these matters have been successfully closed without further action.

Ms. Gray Tucker is well-known for her advisory work in fair and responsible lending and servicing and is considered one of the nation’s experts in this space.

Ms. Gray Tucker has been recognized in Chambers USA as a leading lawyer in the area of Consumer Finance (Enforcement & Investigations), where she was described as “whip-smart, high-profile and experienced,” “a tenacious litigator and does a good job of building relationships that help us navigate the labyrinth of regulatory agencies,” “as well as a top-notch lawyer,” who is “very knowledgeable in the area,” and “very well connected in the regulatory world.” She has been described as a “go-to person for matters relating to the CFPB” in particular. Legal 500 recognized her in Financial Services Regulation and Fintech, and noted: “She provides special insights that she has gained through her role as a thought leader and nationally trusted adviser.” She has also been recognized by Best Lawyers in the areas of Banking and Finance Law, and in Super Lawyers in the areas of Banking, Consumer Law, and Civil Litigation Defense. Ms. Gray Tucker has been named a Mortgage Star by Mortgage Women Magazine and has been recognized by the Minority Corporate Counsel Association as one of a handful of top diverse rainmakers in the nation and by Savoy magazine as one of the country’s Most Influential Black Lawyers.

Ms. Gray Tucker has been featured in Washingtonian magazine’s “Top Lawyers” issue in an article focusing on the path to partnership, a “Meet the Women Rainmakers” segment of Law Practice Today, and in Law360's “Rainmaker” series. She also was selected for Legal Bisnow’s “40 Top Lawyers Under 40.” Ms. Gray Tucker has published articles on a wide variety of legal issues impacting financial institutions, and is a frequent speaker on the industry, particularly on matters relating to government regulation, investigations, and enforcement activity.

Ms. Gray Tucker is active in the American Bar Association, where she is Immediate Past Chair of the Banking Law Committee, which has more than 2,000 members, and has held leadership positions on the ABA’s Consumer Financial Services Committee. She presently sits on the ABA’s Business Law Section Council. She has previously served on the Board of Regents of the American College of Consumer Financial Services Lawyers.

Ms. Gray Tucker serves as the Vice President of the Board of Directors for the Legal Aid Society of D.C. She also serves on the Advisory Board for the Ron Brown Scholars Program.

Before entering private practice, Ms. Gray Tucker served as a law clerk to the Honorable Marvin J. Garbis of the U.S. District Court for the District of Maryland. Ms. Gray Tucker holds a J.D. from Yale Law School and a B.A. from the University of Virginia (Phi Beta Kappa).

Ms. Gray Tucker’s representations, many of which are nonpublic, have included:

Some of Ms. Gray Tucker’s recent publications and speaking engagements include: