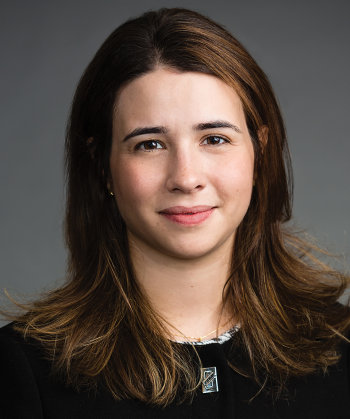 Louise Farias is an associate in the Latin America practice and the Infrastructure and Energy practice at Paul Hastings and is based in the firm's New York office.

Ms. Farias has represented sponsors and lenders in cross-border financings and M&A transactions throughout Latin America. Prior to joining Paul Hastings, Ms. Farias was an associate in the Infrastructure and Project Finance practices at a law firm in Brazil. Ms. Farias is fluent in Portuguese and is learning Spanish.

Ms. Farias received her law degree from Universidade Católica de Pernambuco (Brazil) in 2011. She earned a post-graduation degree in Corporate Law from Fundação Getúlio Vargas (Brazil) in 2013. Ms. Farias completed an LL.M at New York University in 2015. She is admitted to practice law in New York and Brazil.