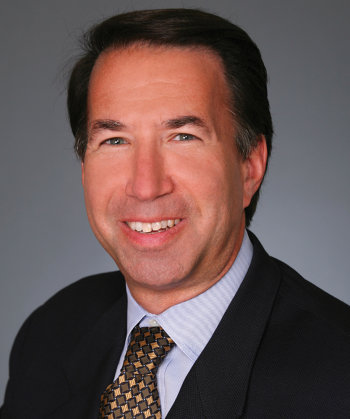 Mark D. Pollack is a partner in the Litigation practice of Paul Hastings and is based in the firm’s Chicago office. He also serves as the Firm’s General Counsel. Mr. Pollack concentrates his practice in the areas of white-collar criminal defense, complex commercial litigation, internal corporate investigations, and compliance counseling. He has extensive experience in counseling and defending corporations, boards of directors, and executive officers in relation to a broad range of issues, including the defense of grand jury investigations, SEC and other regulatory probes, securities class action defense, and qui tam litigation. He regularly advises corporate officers and directors with respect to the scope and application of their fiduciary obligations, issues involving financial reporting and related disclosures, and the adequacy of internal controls and compliance programs.

Before joining Paul Hastings, Mr. Pollack served for eight years as Arthur Andersen’s general counsel, responsible for managing the firm’s multi-faceted wind-down activities. In that capacity, Mr. Pollack served as the principal counsel and strategic advisor to Andersen’s board and executive management team and actively supervised Andersen’s largest litigation challenges, including the appeal giving rise to the Supreme Court’s reversal of the firm’s 2002 conviction for obstruction of justice as well as the successful resolution of numerous multi-billion-dollar securities class action lawsuits and professional liability claims, most often predicated upon breach of fiduciary duty and related allegations.

Prior to Andersen, Mr. Pollack was co-chair of the white-collar practice of a prominent national law firm, where he developed extensive expertise representing numerous corporations, directors and officers in defense of government investigations and prosecutions. Mr. Pollack regularly represented corporate boards, special litigation committees and board audit committees in connection with DOJ, SEC and other governmental probes and often led internal investigations for a broad array of corporate clients. Mr. Pollack regularly conducted internal investigations and developed corporate compliance plans, with a particular focus on clients in the pharmaceutical and healthcare industries.

Mr. Pollack began his litigation practice as an Assistant U.S. Attorney in Chicago, where over seven years he became a supervisor in that office and participated in more than 20 federal jury trials and 50 appeals to the Seventh Circuit, including the fraud and corruption prosecution of the former governor of Illinois and a multi-year undercover investigation and prosecution of fraudulent trading practices at Chicago’s futures exchanges. Mr. Pollack received several awards from the Department of Justice in recognition of his superior performance as a federal prosecutor.

Mr. Pollack has written and lectured frequently on matters relating to corporate governance, white-collar criminal defense, and internal corporate investigations. He has been recognized for many years as a leading litigator by Chambers USA and is ranked in Band 2 for commercial litigation in Illinois.