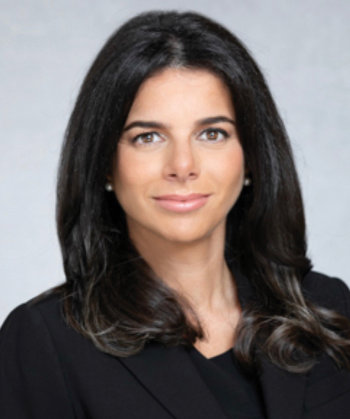 Phara A. Guberman is a partner in the Litigation practice of Paul Hastings and is based in the firm's New York office. She is a seasoned trial attorney who is regularly recognized as one of the leading white collar criminal defense attorneys in the country.

In January 2022, as co-lead counsel at trial and appeal, Ms. Guberman secured a precedent-setting appellate victory in the Second Circuit in U.S. v. Connolly, et al., where all counts of conviction were overturned against our client, Matthew Connolly, and judgments of acquittal directed. Mr. Connolly's win represents the only LIBOR-related criminal case in the U.S. or U.K. to be overturned on sufficiency of the evidence and has received world-wide attention.

Last year, as co-lead counsel at trial and appeal, Ms. Guberman obtained a landmark appellate victory in the Third Circuit in U.S. v. Gibson, et al., where all counts of conviction against David Gibson, the former Chief Financial Officer of Wilmington Trust Corporation, were overturned in a matter of first impression, and the two remanded counts were subsequently dismissed. The American Lawyer deemed it "a stunning reversal of criminal convictions for four executives of Wilmington Trust Corp. in a case dating back to the Great Recession."

In 2021, she was honored by Global Investigations Review as one of 100 notable Women in Investigations around the world in the white collar area of law. In 2019, Ms. Guberman’s work in U.S. v. Connolly, et al., the first LIBOR manipulation case against a U.S.-based trader, was shortlisted by Global Investigations Review (GIR) as the Most Important Case of the Year for its impact on future government investigations and led to her recognition by Law360 as a "Legal Lion" following a significant sentencing departure where, though facing 15 years, Matthew Connolly was spared any prison time. The subsequent complete appellate victory in U.S. v. Connolly, et al. led to Ms. Guberman's recognition by The American Lawyer as its "Litigator of the Week," which also credited the decision as the "second white-collar appellate reversal Kenneth Breen and Phara Guberman of Paul Hastings have won in as many years." Ms. Guberman was nominated twice before as The American Lawyer's "Litigator of the Week" for her more than 10 years of work in U.S. v. Gibson, et al., which led to a landmark appellate victory and the subsequent decision by federal prosecutors not to retry the case. Ms. Guberman was previously recognized by Law360 in 2018 as one of five national "Rising Stars" in White Collar.