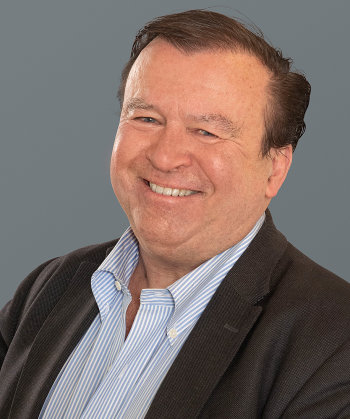 Pierre Kirch is a partner in the Litigation Department of Paul Hastings and divides his time between the firm’s offices in Paris and Brussels. He is a member of the firm’s worldwide antitrust and competition practice group. He focuses on the whole of EU and French competition/antitrust law, and in its advisory and litigation aspects—which he has practiced for almost 35 years—as well as commercial litigation representation, including ICC and ad hoc arbitration and alternative dispute resolution (he is a certified mediator with CEDR—Center of Effective Dispute Resolution, London and with CMAP, Paris), and general and strategic corporate advice.

Over the years Pierre, with his team of lawyers, has prepared, filed and negotiated many dozens of merger control notifications before the European Commission in Brussels and the French Competition Authority. He also has experience in multi-jurisdictional merger control cases and, following the massive introduction of new merger control regimes in recent years, has directed and coordinated many multiple filings with competition authorities in jurisdictions throughout the world. In recent years, he has advised on, notified and negotiated merger control notifications on behalf of a wide variety of financial and industrial organizations such as Samsung, Dole, Starwood Capital Group, Société Générale, Teleperformance, Benson Elliot Capital Management, Colony Capital, Oakley Capital, Abry Partners, Francisco Partners, Astorg Partners, Crédit Agricole Private Equity, NJJ Telecom, Crédit Mutuel Group, Provalliance, Sodexo, Lenovo, Chinese Overseas Shipping Co ("COSCO"), Hachette, Deloitte France,Toshiba, Yamaha, Jacobs Engineering, etc. As an example of a recent "Phase II representation," he represented Samsung Electronics in EU and worldwide merger control procedures in the $1.4 billion acquisition by Seagate of Samsung's hard-disk drive business, with obtention of unconditional Phase II merger control clearance by the European Commission as well as clearance worldwide in some 15 other jurisdictions (this case was selected as GCR magazine's competition/antitrust matter of the year in 2012). More recently, in February 2016, Pierre and his team obtained EU Phase I clearance of Samsung's acquisition of Harman International in an $8 billion deal and in 2018 EU Phase I clearance, with remedies, of Dole’s joint venture with Total Produce.

Pierre is an accomplished litigator. He recently obtained on behalf of UTi Worldwide, Inc, partial annulment of a negative decision of the European Commission, in the ‘freight-forwarders’ antitrust case (Case T-264/12 General Court ruling in 2016). Over a number of years, he successfully represented Lenovo in a series of antitrust complaints brought by consumers throughout France concerning alleged ‘tying’ of pre-installed computer programmes, ultimately winning all of the cases and thus staving off this threat to Lenovo’s business model.

Pierre is also a dedicated pro bono practitioner. Recently, he argued three cases on behalf of ClientEarth, the London-based environmental defence NGO, in lawsuits brought against the European Commission and other European institutions and agencies for violation of EU transparency rules, before the Court of Justice of the European Union in Luxembourg, and won all or part of all three. For another pro bono client, the Paris-based NGO Reporters without Borders, Pierre headed an international team of lawyers which researched and drafted the Defence Handbook for Journalists and Bloggers. This pro bono project received the Thomson Reuters TrustLaw Foundation Collaboration Award presented in London in September 2015 and the Paris Bar’s Pro Bono Team award presented in Paris in October 2015.