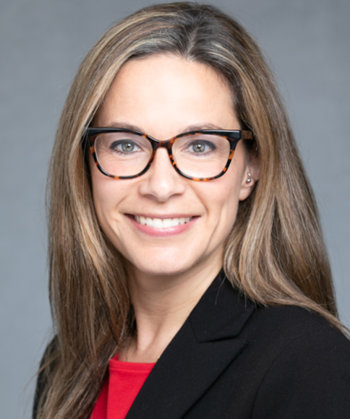 Renata Parras is Pro Bono Counsel and is based in the Firm’s New York office. She is responsible for managing, coordinating, and advancing the Firm’s global pro bono initiatives.  Her practice focuses on immigration, human rights and human trafficking law as well as supporting social enterprises throughout the world.

Prior to joining Paul Hastings, Ms. Parras was a Deputy Chief Counsel with the U.S. Department of Homeland Security where she led teams of attorneys in immigration, human rights, and national security litigation. She also coordinated high-profile investigations and interfaced with international agencies on cross-border matters.  Prior to becoming a Deputy Chief Counsel, Ms. Parras served as an Assistant Chief Counsel in DHS’s Chicago and New York offices where she gained valuable expertise in the intersection of criminal and immigration law as well as juvenile detention issues.  She began her career with DHS in Washington D.C. with the Human Rights Litigation Division.

Mrs. Parras earned her J.D. from the George Washington University Law School in 2009, and her B.A. from the University of Virginia in 2004, majoring in philosophical religious thought. She is fluent in Spanish.