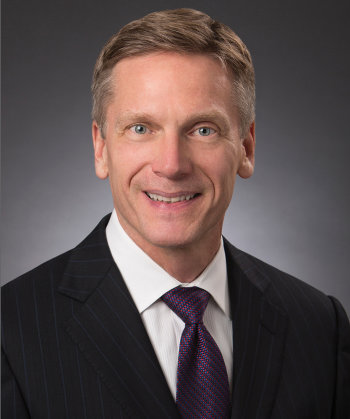 Mr. Mounteer helps buyers and sellers, lenders and borrowers, and landlords and tenants identify, quantify, and apportion environmental liabilities that arise in business and real estate transactions. He oversees the investigation of site conditions, helps clients avail themselves of statutory defenses to liability, assists in quantifying potential liabilities, and negotiates and drafts contract terms relating to the sales, purchases, leases, and financings. In recent years, Mr. Mounteer has distilled his three decades of experience in a series of published articles.

He also helps businesses comply with state and federal rules controlling air emissions, water discharges, waste management, and clean up contaminated properties and has represented businesses before Congress and federal and state agencies in a wide range of environmental, health, and safety matters.

In transactional matters, Mr. Mounteer has overseen the due diligence and agreement drafting for hundreds of commercial property acquisitions (by purchase or lease), business transactions, and financings, including supervised environmental due diligence, reviewed Phase I environmental assessments and determined compliance with the "all appropriate inquiry" rule; drafted and negotiated purchase and sale agreements and credit agreements, including warranties, representations, and indemnification clauses contained in such agreements; and reviewed outstanding contractual obligations of selling corporations and renegotiated such contracts to facilitate closing when necessary. Mr. Mounteer has counseled clients in fulfilling their obligations under the New Jersey Industrial Site Recovery Act and Connecticut Transfer Act.

Mr. Mounteer has advised on scores of acquisitions and financings in the extraction and production, oil field services, electricity generation, and renewables sectors, including M&A and private equity acquisitions, bank representations in leveraged finance transactions, and debt and equity offerings.

In the oil and gas field services sectors, Mr. Mounteer has:

In the electricity generation sectors, Mr. Mounteer has:

In renewables, Mr. Mounteer has:

For three decades, Mr. Mounteer has helped clients quantify their contingent environmental remedial liabilities. For one client, this involved dozens of multi-party Superfund sites at which final remedies had not yet been selected and the client’s proportionate share not allocated. For another, it involved scores of underground storage tank cleanups in various stages of progress. Mr. Mounteer has also helped clients account for contingent liabilities associated with asset retirement obligations.

Mr. Mounteer has written SEC 10K disclosures for clients in a variety of industries. He has guided them through the thicket of making climate change-related disclosures in a time of evolving science and regulation. With colleagues, he published an early, comprehensive article on the topic: "Disclosing Effects of Climate Change in Energy, Financial Companies’ 10-K’s" BNA Daily Environment Report B-1 (Mar. 3, 2008).

Mr. Mounteer has counseled public companies on their efforts to keep their supply chains free of tin, tungsten, and gold originating from smelters in the Congo ("conflict minerals") under the Dodd-Frank Act and in accordance with SEC rules. He has also prepared conflict minerals covenants in a manufacturing supply agreement.

In 2016, Mr. Mounteer assisted the trustee assigned to administer the liquidation plan of a former furniture manufacturer in connection with the State of North Carolina’s environmental liability claims arising in connection with four former manufacturing facilities. The State had asserted claims totaling $16 million. With Mr. Mounteer’s counsel, the trustee was able to settle the claims for $335,000.

Mr. Mounteer managed the environmental aspects of one of the largest public company bankruptcies of 2007. In this connection, he handled environmental aspects of lease rejections at contaminated properties, resolved pre- and post-petition claims, and assessed situations that would meet injunctive "imminent and substantial" standard, and thus not be "discharged" as "claims" but be visited on the re-organized entity.

Mr. Mounteer assessed the impact of General Motor’s Chapter 11 reorganization on two clients’ interests. One client had been identified as a "potentially responsible party" at several Superfund sites at which GM was also so identified. The client wanted to know what claims, if any, it would have against "new GM" for off-site arrangements for disposal from "old GM" facilities. Another client bought a business from GM over a decade prior to GM’s bankruptcy filing. GM continued to perform underground storage tank release cleanups at several client sites. Mr. Mounteer advised the client on its liability to continue cleanups at such sites if "old GM" stopped conducting them.

On behalf of an entity vested with assets after emergence from bankruptcy, Mr. Mounteer responded to government investigation and established that the entity bore no liability for a Superfund Site, at which the government expected to spend $285 million but had identified only 65 potentially responsible parties. Mr. Mounteer’s argument relied on both bankruptcy and successor liability arguments.

Mr. Mounteer has helped many companies responsible for the costs of cleaning up contaminated properties under federal and state clean up laws.

Mr. Mounteer has represented industry interests in the development of new environmental, health, and safety rules at the federal level.