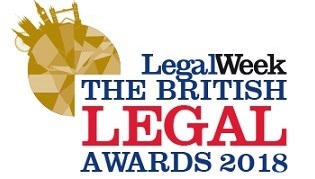 The award was based on the firm’s

Paul Hastings’ leading restructuring and finance practices continue to receive recognition for their work, including being named "Finance Team of the Year" at The Lawyer Awards 2018, where the team was recognized particularly for work on the high-profile