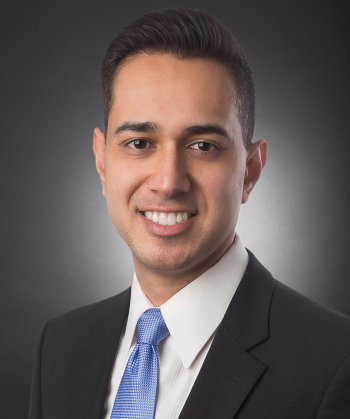 A seasoned international investigations, enforcement defense, and compliance attorney, Mr. Desai has extensive experience in both the public and private sectors. He advises clients on a broad range of complex investigative, compliance, crisis management, and public policy matters.

Mr. Desai has been  recognized for his track record delivering for clients. The National Law Journal named him one of its "Rising Stars" for his work in the white collar, Congressional investigations, and India arenas. The award recognizes the region’s 40 most promising lawyers age 40 and younger who have wielded influence in their practice areas in the D.C. area and beyond. He was also recognized by the American Bar Association as one of its top "40 under 40" attorneys, which recognizes individuals with a broad range of high achievement, innovation, vision, leadership, and legal and community service. The ABA noted Mr. Desai’s "superb reputation as an outstanding lawyer" and "inspirational character within the community" as factors underlying the recognition.

He is a frequent author, speaker, and commentator on topics related to South Asia and Congress. He is a regular contributor to Forbes and Bloomberg Law, and a host of publications in the Asia-Pacific. His work has appeared in The Washington Post, The National Law Journal, The Hill, Foreign Policy, The Huffington Post, and has been cited by The Congressional Research Service.

Prior to joining Paul Hastings, Mr. Desai served as investigative counsel to a high-profile Select Committee on Capitol Hill. His other Congressional experience includes time with the Senate Foreign Relations and the House Judiciary Committees.

In the private sector, Mr. Desai provides clients with expertise regarding Congress’ investigations and oversight function, deep familiarity and relationships with Members and staff from both sides of the aisle, best practices regarding responding to document requests and subpoenas, and preparing for public and private Congressional testimony.

India and the Subcontinent

A recognized expert on India and the Subcontinent, Mr. Desai draws upon his deep understanding of the region to help U.S. and other multinational clients navigate the unique legal and policy challenges arising in the course of their cross-border operations. He also counsels Indian companies conducting business abroad, including in the United States.

Mr. Desai serves as pro bono General Counsel and Independent Board Director to the Partnership for a Secure America, a DC-based foreign policy think tank that seeks to promote bipartisanship on Capitol Hill through its flagship Congressional Partnership Program. In 2016, Washington D.C. Mayor Muriel Bowser appointed Mr. Desai to her Commission on Asian Americans and Pacific Islanders (AAPI). He was recently confirmed by the DC City Council for a second term. He also serves as Member of the Board of the South Asian Symphony Foundation, is an Asia 21 Young Leader, and a term member of the Council on Foreign Relations.