Naveen Modi
, global vice-chair of the Paul Hastings Intellectual Property practice, has been named one of Law360’s
2019 Intellectual Property MVPs
. Law360 received 900 submissions for the annual MVP awards, with the winners selected on the basis of their “successes in high-stakes litigation, record-breaking deals and complex global matters.” Modi was previously named a Law360 MVP after receiving that distinction in 2015. 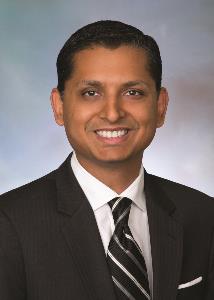 Naveen Modi was recognized as an Intellectual Property MVP for racking up nine wins on appeal at the Court of Appeals for the Federal Circuit, having successfully represented clients, including Samsung, Google, Walgreen Co. and VirnetX. Law360 noted Modi for convincing the Federal Circuit to uphold PTAB decisions invalidating patents that Walgreen’s was accused of infringing, and securing wins for VirnetX that reversed decisions invalidating claims in two patents.