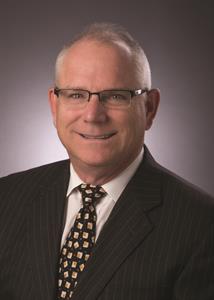 David Beckwith
, a seasoned trial and appellate lawyer with three decades of experience, has joined the firm’s Intellectual Property practice, and will be based in Palo Alto and San Diego. He joins from a litigation boutique firm, and previously was a partner at McDermott Will & Emery.

“David is a skilled first-chair trial lawyer with a long track record of success in federal courts throughout the country, at the International Trade Commission, and at the PTAB,” said

Yar Chaikovsky
, global co-chair of the Intellectual Property practice at Paul Hastings. “He perfectly complements our strength in these areas in patent litigation involving computer, internet, and telecommunication technologies.”

Beckwith’s practice is focused on patent litigation and appeals in courts throughout the country, before the International Trade Commission, and before the Patent and Trademark Office. Beckwith brings first-chair trial experience representing domestic and multinational clients in a diverse range of industries, including smartphones, internet security, medical devices, and biotechnology.ngth in these areas in patent litigation involving computer, internet, and telecommunication technologies.”

“Paul Hastings is known as a home for powerhouse Intellectual Property litigators, and the firm is an ideal platform for my practice,” said Beckwith. I look forward to reuniting with former colleagues and complementing this deep roster of trial lawyers.”

Beckwith’s arrival follows several additions to the firm’s Intellectual Property practice in 2018, including

The Paul Hastings Intellectual Property practice has received a steady stream of industry accolades, including: