“As entertainment and media have become increasingly important to the global economy and undergo massive transformation to a digital era, our clients globally are demanding the assistance of industry veterans to help them navigate this sector,” said

Seth Zachary
, chair of Paul Hastings. “The addition of this team of leading entertainment partners and opening of a second office in Greater Los Angeles to focus on entertainment and media will establish Paul Hastings as having a leading practice for this sector,” he added.

“Paul Hastings’ capabilities for delivering high-profile, high-quality transactional work, global platform and demonstrated commitment to entertainment and media made the firm the ideal fit for our practice and clients,” said Mickey Mayerson. “Our clients will greatly benefit from Paul Hastings’ global reach and we, in turn, expect to work with existing Paul Hastings clients to navigate this ever-expanding and changing industry.” he added.

“The potential to maximize practice opportunities across Paul Hastings’ many offices and help in the building of a new office presented an incredible opportunity for the five of us,” added Craig Emanuel.

At Paul Hastings, our purpose is clear — to help our clients and people navigate new paths to growth. With a strong presence throughout Asia, Europe, Latin America, and the U.S., Paul Hastings is recognized as one of the world’s most innovative global law firms.
* * * * * * 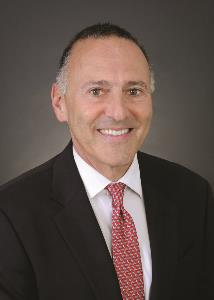 Considered one of the pre-eminent entertainment finance lawyers in the world, Mayerson represents both providers of capital and users of capital. His clients include production and distribution companies, commercial banks, mezzanine, equity and specialty funds, high-net-worth investors, and various strategic investors providing capital for the creation or distribution of all forms of entertainment content. He has a broad range of expertise including single-picture financing, slate financing, corporate lines of credit, securitization transactions, co-financing, co-productions and tax incentive financing transactions, as well as M&A, joint venture and capital-raising transactions involving entertainment industry companies.

Mayerson also represents distributors and other exploiters of content, both domestically and internationally, in connection with licensing and distribution transactions, including single picture acquisition transactions as well as output deals. He also serves as general entertainment counsel for production companies and producers all over the world. 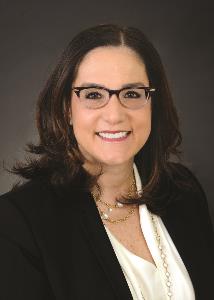 Susan Williams is a partner in the Entertainment and Media practice of Paul Hastings and is based in the firm’s Century City office.  She is co-chair of the firm’s global Entertainment and Media Finance group. Williams is widely regarded as an expert within her field and she is regularly recognized as a leading lawyer, top dealmaker and one of the most influential women in Hollywood. Williams represents financial institutions, senior, mezzanine and equity funds, major independent production companies, and high-net-worth individuals in a wide variety of capital transactions. Her vast experience includes overall company capital raises, slate financings, first and second lien financings, single-picture production loans, print and advertising financing, securitizations, structured financing transactions, co-productions, and domestic and foreign tax-incentivized financings, as well as distressed debt and restructuring transactions.  She handles numerous transactions involving new and emerging distribution platforms and represents companies at the intersection of entertainment, media and technology who are involved in various content transactions, including distribution and co-financing agreements with major studios and with international distribution companies. In addition, she also has significant experience handling private equity, M&A, and joint ventures. She also has extensive experience successfully guiding secured creditors through the unique issues surrounding entertainment and media assets in bankruptcy.

Williams has been named multiple times by The Hollywood Reporter to the magazine’s annual “Power Lawyers” list of the 100 most influential entertainment attorneys in America, has been repeatedly recognized by Variety within the publication’s annual “Dealmakers Impact,” “Legal Impact,” and “Women’s Impact” issues, and was named as one of the “Top Women Lawyers” in California by the Daily Journal.  She also is recognized by Chambers USA, Super Lawyers, The Best Lawyers in America and other entertainment and legal trade publications. Williams is a frequent and sought-after speaker at various industry events and conferences and has also been a guest lecturer at USC Law School.
||4YYU4WeyMLZizJeK0Ak1jv||

Craig Emanuel is the chair of the firm’s global Entertainment and Media practice of Paul Hastings and is based in the firm’s Century City office. He is a seasoned entertainment lawyer, widely recognized in the industry as an innovative dealmaker and efficient problem-solver. Having been involved in the production, development and distribution of hundreds of motion picture and television projects, Emanuel has built his career around bringing together the right artists and business partners to translate creative vision into on-screen reality.

Emanuel works with high-level writers, directors, actors, producers and production companies to navigate studio and independent film, television and digital opportunities in an evolving entertainment landscape. In addition to negotiating top-tier talent agreements, he handles domestic and international transactions across all platforms, helping to create strategic alliances for clients by advising them on complex digital media content licensing arrangements, as well as film and television investments. His diverse experience also includes the creation and launch of a new television network and work with advertisers and media clients on branded entertainment projects.

Clients value Emanuel’s hands-on approach, calm and composed nature, and dedication to finding a solution to any conflict. His dealmaking has been recognized by The Hollywood Reporter’_s “Power Lawyers Top 100” list, _Variety’_s “Dealmakers Impact Report,” _Chambers USA and other industry trade publications and legal directories. Emanuel’s approach and dedication extend beyond his legal career to his role on the advisory board of Chrysalis, a non-profit organization dedicated to providing the resources and support needed for homeless and low-income individuals to find and retain employment. 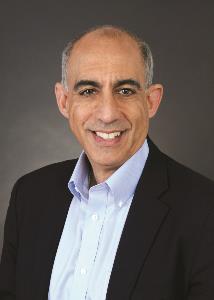 Stephen Saltzman is chair of the Asia Entertainment and Media practice of Paul Hastings and is based in the firm’s Century City office. Saltzman has extensive experience in domestic and international transactions in the entertainment and media industries. His practice focuses on innovative and complex international distribution, co-production and co-financing transactions, as well as cross-border transactions involving the creation, production, financing and/or exploitation of content.

Saltzman utilizes his language capabilities and in-depth knowledge of both the U.S. and non-U.S.-based film and television industries in representing the interests of international companies and individuals in Hollywood.

Saltzman frequently participates as a featured speaker and panelist in seminars and symposiums in the United States, Europe, and Asia. His German-speaking practice has been profiled in various German publications, and his Greater China practice and expertise have been similarly recognized both in China and the U.S., where he regularly appears on The Hollywood Reporter’s “Power Lawyers Top 100” list, and Variety’s “Dealmakers Impact Report” and “Legal Impact Report.” 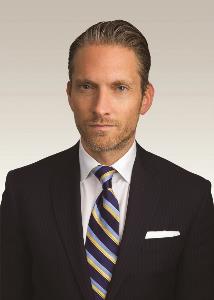 Erik Hyman is a partner in the Entertainment and Media practice of Paul Hastings and is based in the firm’s Century City office.  He is chair of the firm’s Entertainment and Media practice in Century City. Hyman is well known in the entertainment industry as a cutting-edge dealmaker and a fierce protector of his clients, which include award-winning movie stars, high-level television creators and showrunners, lead cast members of popular programs on scripted and unscripted television, “first-dollar-gross” producers, and preeminent writers and directors. He is a tenacious champion for his diverse clients, whether they are creative individuals, film financiers, or high-net-worth families making entertainment and media industry investments. Hyman also works closely with multiple publicly-traded, non-entertainment companies, steering their television and motion picture industry strategies and branded entertainment projects.

Hyman negotiates vanguard talent transactions; structures the financing, acquisition and sale of independent films; and builds major endorsement campaigns and product lines. He also advises companies regarding strategies for the production and exploitation of content for digital platforms.

Hyman is a frequent public speaker and serves as chairman of the board of the Herb Ritts Foundation, a private charitable foundation focused on HIV/AIDS research and advocacy.