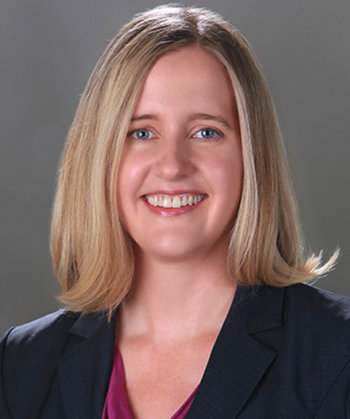 Elizabeth Brann guides many of the world's largest technology and life sciences companies in navigating their most complex litigation. A formidable litigator, Elizabeth has appeared and won in trial courts across the United States, the International Trade Commission, and the U.S. Patent Trial and Appeal Board.

Elizabeth works closely with clients to understand their business and objectives, guiding them in building an effective patent portfolio strategy to generate the most value. She has had a number of impressive accomplishments throughout her career. Recently, Elizabeth served as lead counsel in the closely watched, long-running dispute between client Align, the maker of Invisalign, and rival ClearCorrect. This 14-year battle required precise coordination among multiple firms and litigation in the U.S. district court, the Federal Circuit, the International Trade Commission. Elizabeth's tenacity helped secure a $51 million settlement for Align. She was named "Litigator of the Week" by The American Lawyer, a "Legal Lion" by Law360, and a "Female Power Player" by the University of Texas' Center for Women in Law for her exceptional work.

Federal Circuit: Objective Prong Of The Willful Infringement Test Is A Question Of Law