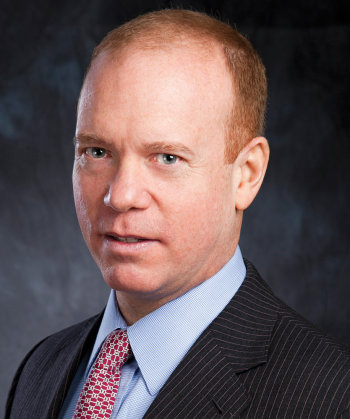 Gary Giampetruzzi is a partner in the Litigation Department of Paul Hastings, based in the firm's New York office, and is the Global Chair of the Life Sciences Department and one of the Vice-Chairs of the Investigations and White Collar Department, and an active member of the Paul Hastings Litigation Diversity Working Group. Mr. Giampetruzzi routinely advises clients on day-to-day compliance matters, represents corporations in high-profile federal and state investigations, including those involving federal and state False Claims Act (qui tam suits), State Attorney General consumer protection statutes, and the Foreign Corrupt Practices Act ("FCPA"), and oversees other complex civil and criminal litigation matters. While his practice cuts across numerous sectors, including defense, energy, and private equity, Mr. Giampetruzzi possesses particularly deep experience in the life sciences sector, representing many of the world's most prominent biotech, pharmaceutical, and medical device companies.

Prior to joining Paul Hastings, Mr. Giampetruzzi most recently served as Vice President, Assistant General Counsel, and Head of Government Investigations at Pfizer Inc., with responsibility for government investigations across the company's multiple business units and operations globally, as well as associated government litigation with U.S. and international prosecutor offices. He was previously a Deputy Compliance Officer responsible for international compliance investigations and programs with responsibility for the implementation and maintenance of compliance programs and systems across the company's international operations, with an enhanced focus on emerging markets.

Mr. Giampetruzzi has extensive experience with all facets of the anti-corruption and FCPA landscape. He has been a leader in this growing area of practice for approximately two decades, having led the development of cutting edge compliance programs and measures, conducted and overseen hundreds of internal investigations, and been on the ground in more than 40 markets worldwide (including Asia, Africa, Europe, the Middle East, and Latin America). Mr. Giampetruzzi was instrumental in the development of proactive market review approaches that have been incorporated into recent government resolutions, and acquisition due diligence techniques that were cited in the Justice Department's FCPA Guidance document. He has the proven and longstanding ability to provide end-to-end support, from front-end compliance counseling and program build-outs and enhancements, to the efficient conduct of global internal investigations, and the defense of companies before U.S. and international authorities, while keeping an appropriate eye towards the increasing risk of follow-on civil litigation.

On the U.S. healthcare side, Mr. Giampetruzzi provides day-to-day compliance counseling around program design, monitoring, and proactive testing, and conducts internal investigations regarding a variety of issues, including those involving anti-kickback and off-label promotion laws, patient support programs, and specialty pharmacies. He has overseen several of the more significant government investigations in the pharmaceutical industry over the years, as well as the defense and resolution of numerous whistleblower qui tam suits involving claims under the False Claims Act and related state statutes. Mr. Giampetruzzi has more recently been asked by pharmaceutical companies to defend their practices associated with patient support programs and specialty pharmacies in connection with federal investigations by several prominent prosecutor offices. He settled the first opioid prosecution on highly favorable terms, and has achieved several walkaways with state and federal prosecutor offices.

Mr. Giampetruzzi is highly regarded by counsel, healthcare industry insiders, and regulators for his strategic thinking and sound judgment. He understands how to engage appropriately with the regulators, and how to litigate effectively when is needed. He brings unique experience and perspective to each client representation, having himself been the client for more than a decade at one of the largest multi-national corporations in the world. During that time, he partnered closely with business colleagues, and helped navigate a complex organization through some of the most significant compliance and enforcement issues faced in the pharmaceutical industry. As a senior in-house leader, Mr. Giampetruzzi operated at executive leadership team and board levels, and understands from his firsthand experience that the particular needs of each client and circumstance are different, and that the approach and solutions must be too. He genuinely appreciates the pressures and realities facing clients and in-house counsel, and works with them to understand and achieve their specific goals.

Paul Hastings Named ‘Compliance Group of the Year’ by Law360

On the Heels of an IP Practice Group of the Year Award, Paul Hastings’ IP Attorneys Earn Top Rankings by LMG Life Sciences

On the Heels of Significant FCPA Settlements, Past and Present Meet as Novartis Reaches FCA Settlements in Two Districts

The Trend Continues: As Outward Bound Investments from Japanese Multinationals Continue to Grow, So Do ABAC Compliance and Other Enforcement Risks

US FCPA and Global Anticorruption Update for Pharmaceutical and Medical Device

Recognized as Law360 Practice Group of the Year in Compliance

Recognized in the Global Investigations Review’s GIR 100 for 2019

Recognized in the Global Investigations Review’s GIR 100 for 2018

Recognized as Law360 Practice Group of the Year in Life Sciences