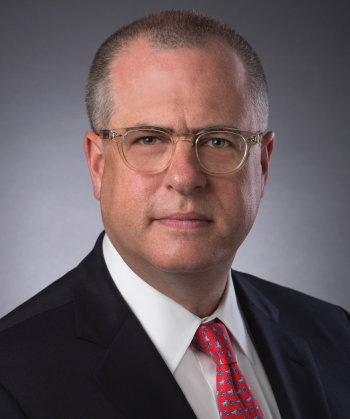 John S. (Jay) Darden is a partner in the Investigations and White Collar Defense practice at Paul Hastings, and is based in the firm’s Washington, D.C. office. Mr. Darden defends companies and individuals in white-collar criminal matters and government investigations.

Although many of these matters are confidential, others are public. For example, Mr. Darden represented Braskem S.A. (Brazil) in its successful resolution of investigations by the U.S. Department of Justice (DOJ) and the U.S. Securities & Exchange Commission (SEC). Based in large part on the Firm’s work for Braskem, Paul Hastings has won numerous legal industry awards, including "2017’s Most Impressive Investigations Practice of the Year" by Global Investigations Review and "Global Dispute of the Year--Investigations" for Latin America by The American Lawyer.

Most recently, Mr. Darden represented TechnipFMC plc (UK) in its joint civil and criminal resolution with U.S. and Brazilian authorities, which was the first simultaneous resolution involving U.S. authorities and the Brazilian Ministério Público Federal ("MPF"), the Controladoria-Geral da União ("CGU"), and the Advocacia-Geral da União ("AGU"). Following the representation of TechnipFMC, Paul Hastings was nominated again by GIR as "Most Impressive Investigations Practice of the Year."

Mr. Darden’s non-FCPA clients are typically the targets of high-profile, Washington-based investigations. Examples include U.S. government contractors and health care providers accused of submitting false claims, a news reporter subpoenaed for the identities of his confidential sources, a congressional campaign committee who was defrauded by its former treasurer, and a political consultant accused of defrauding a gubernatorial campaign. He routinely represents high-level executives and high-net-worth individuals under investigation by the government in FCPA, health care, export controls, false statement, and other white collar matters.

As a prosecutor, Mr. Darden served in the Justice Department as Assistant Chief of the Criminal Division’s Fraud Section. In addition to FCPA, bank fraud, insurance fraud, money laundering, and false statement matters, as a prosecutor Mr. Darden supervised the nation-wide investigation and prosecution of health care fraud and anti-kickback violations. As a prosecutor, Mr. Darden received the Attorney General’s Award for Distinguished Service, which is the second-highest award given by the Justice Department

Mr. Darden has significant experience handling all aspects of federal criminal trial work. During his time at the Justice Department, he became one of only a handful of federal prosecutors to have tried multiple health care fraud cases to verdict in multiple districts, including Miami, Houston, and Los Angeles. In addition, he trained prosecutors and agents in health care fraud and abuse matters at the Justice Department’s National Advocacy Center.