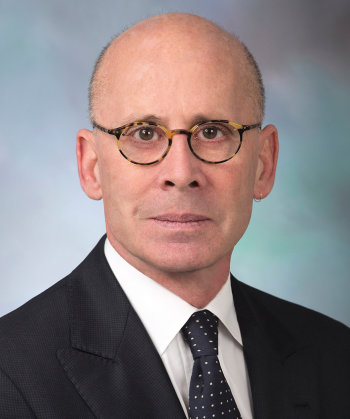 Robert Luskin is a partner in the Investigations and White Collar Defense practice at Paul Hastings and is based in the firm's Washington, D.C. office. He is one of the best known and most highly-regarded litigators in Washington, D.C., concentrating in complex criminal litigation at both the trial court and appellate level. Beginning his career in government service, and having later transitioned into private practice, Mr. Luskin has represented clients in virtually every high-profile matter in Washington, D.C. over the last three decades. Mr. Luskin has special experience in cases involving allegations of official corruption. While at the U.S. Department of Justice (DOJ), he helped supervise the ABSCAM investigation, which resulted in the conviction of several members of Congress, and thereafter represented the DOJ in hearings before Congress concerning the investigation. Since entering private practice, he has represented a Cabinet Officer and senior White House officials of both parties in criminal investigations by Independent Counsels and the DOJ, the senior staff of a U.S. Senator in the Keating Five Senate Ethics Investigation, and Members of Congress from both parties in criminal investigations. Mr. Luskin successfully represented a sitting U.S. District Judge in a criminal trial and appeal, securing the reversal of his client's conviction before the U.S. Supreme Court and the en banc U.S. Court of Appeals for the Ninth Circuit. More recently, he successfully represented Karl Rove in the Special Counsel investigation of a leak of the identity of a CIA officer and a member of Congress in the investigations arising out of the prosecution of lobbyist Jack Abramoff.   Mr. Luskin also represented the U.S. Ambassador to the EU in recent impeachment proceedings before Congress.

Mr. Luskin has devoted his attention recently to the particular challenges posed by the representation of foreign corporations and financial institutions in multi-jurisdictional, cross-border criminal investigations and has reached path-breaking agreements in these areas with the DOJ. He has special expertise in civil and criminal investigations under the Foreign Corrupt Practices Act (FCPA) and has represented foreign corporations in three of the five largest FCPA investigations ever resolved with the DOJ and the Securities and Exchange Commission. According to the Global Investigations Review, since 2008, Mr. Luskin has served as lead counsel in the second most substantial FCPA resolutions. Most recently, his role as lead counsel includes the three-country resolution for Airbus, the largest global anti-corruption resolution ever, as well as TechnipFMC, Braskem, SBM, and Alstom.

From 1980 to 1982, he was Special Counsel to the Organized Crime and Racketeering Section of the U.S. Department of Justice, where he was responsible for legal and policy issues concerning the Organized Crime Strike Forces, as well as supervision and review of complex undercover operations. Mr. Luskin is a past Chairman of the Committee on RICO, Forfeitures and Alternative Remedies of the American Bar Association Criminal Justice Section, a former President of the Harvard Law School Association of the District of Columbia, and has been a member of the D.C. Circuit Judicial Conference. For two decades, he was a Lecturer at the University of Virginia School of Law, where he taught courses in advanced criminal law and labor racketeering, and is currently a member of the faculty of the Georgetown University Law Center, where he teaches a course in Global Anti-Corruption. He has lectured at Harvard Law School, the Sorbonne, and other universities.

Paul Hastings Recognized for Legal Excellence in Legal 500 US 2020

Extraterritoriality and the Rise of Litigation Risk

A Discussion on Transnational Corruption with Drago Kos, Chair of the OECD's Working Group on Bribery

Special Prosecutors and Independent Counsels: Investigating the White House and the President of the United States

Recognized by Law360 as a White Collar MVP

Recognized in the Global Investigations Review’s GIR 100 for 2019