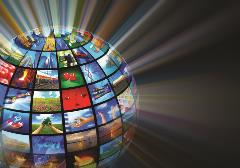 Televisa is a leading media company in the Spanish-speaking world.
Latin America partners