Our Korea practice is dedicated to helping clients navigate the fast-changing legal landscape as they pursue growth in Korea and internationally. Our team advises both Korean companies doing business overseas and international clients doing business in Korea, providing strategic local support and seamless access to our global resources. With more than 25 Korean-speaking attorneys throughout the firm, we advise clients in the areas of M&A, capital markets, technology transactions, leveraged finance, IP and commercial litigation, IP licensing, and white collar crime.

Full-Service Capabilities Across Transactions and Disputes

We have represented multinational companies, financial institutions, and institutional investors in numerous best-in-class transactions in Korea, as well as in the successful resolution of cross-border disputes, focusing on corporate law, M&A and joint ventures, private equity, capital markets, real estate and NPL transactions, and leveraged finance.

As a multidisciplinary international law firm, Paul Hastings has a deep bench of experienced lawyers across practices and jurisdictions, with robust capabilities in:

Recognition for Our Practice 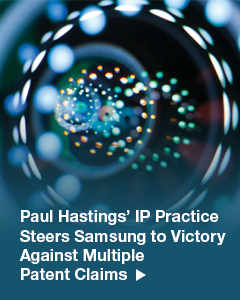 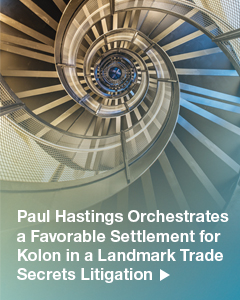 On the Heels of Significant FCPA Settlements, Past and Present Meet as Novartis Reaches FCA Settlements...

Krafton Debuts in US$3.8 Billion IPO and Listing on the Korea Exchange

HK inno.N Debuts in US$523 Million IPO and Listing on the Korea Exchange

KakaoBank Debuts in US$2.2 Billion IPO and Listing on the Korea Exchange