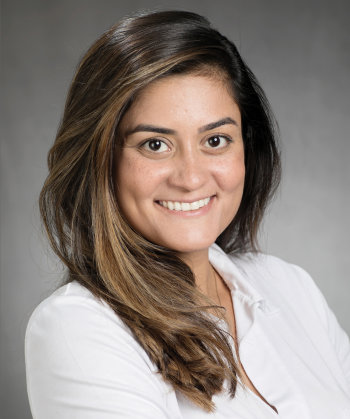 Bruna Rey is an associate in the Latin American practice and the Energy and Infrastructure practice at Paul Hastings. Her practice covers sectors such as infrastructure, power, and oil and gas. Ms. Rey has represented sponsors and lenders in cross-border transactions involving the acquisition, development, and financing of projects throughout Latin America.

The 4(a)(2) Investors and Lenders in connection with the US$242 million refinancing of an off-grid, decentralized, solar project (consisting of 174,000 panels, and now being extended by approximately 20%) in Peru developed by Ergon Peru (a subsidiary of Tozzi Green).

Trinidad Petroleum Heritage Limited (the national oil company of Trinidad & Tobago) in the restructuring of its debt.

The project company/sponsor in the project financing of a 275MW solar facility in the State of Jalisco, Mexico. This project marked the first financing of a fully merchant, industrial-sized power complex in Mexico, and involved IFC and Bancomext.

The Sponsor in the 4(a)(2) private placement financing of the 100MW EVM I single-cycle, natural gas-fired power station in Mexico. This project involved a simultaneous mezzanine financing at the HoldCo level that we also worked on for the sponsors.

A Sponsor in the 4(a)(2) private placement financing of the 850MW EVM II gas-fired power station in Mexico, jointly developed by GE.

The sponsors, issuer, and project companies in the financing of a 207MW wind farm in Brazil (a project valued at BRL 1.4 billion), involving an approximately US$33 million guaranty issued by the IDB in connection with a debenture issuance in the Brazilian market, and marks the first time that a product of this type was structured in the Brazilian market.

The Lenders in the ongoing financing of the 108MW expansion of a 155MW wind farm and associated transmission line in the Sierra Juarez Mountains of Baja California, Mexico that sells energy cross-border into the U.S.